The southern region of Andalucia in Spain is a sun-soaked landscape, awash in bleached yellows, browns and greens. Its sierras dotted with gorse and sparse vegetation swoop into valleys of whitewashed towns that the Spanish call pueblos blancos. Once in a while, vineyards terrace this arid terrain. There is an atmosphere of the primitive and you are indeed witness here to an older European way of life. The Andalucian civilisation is supposed to be the oldest in the Western reaches that traded with the Phoenicians. A wild halo hangs about the sierras where service stations are few and far between. Drive through them on a Sunday as Adi and I did and you will spot lone bodegas with their shutters down.

A heat haze hung about us palpably. Right across the Strait of Gibraltar is the northern tip of Africa from where the Calima blows towards Málaga, casting over the landscape the mien of a place lodged faraway in time. With tales in our heads of the Moors, the mixed race of Berbers and Arabs who crossed into Spain from North Africa, who occupied Andalucia for seven centuries, we came upon the ancient hill town of Ronda.

About 100km from Málaga, Ronda is a picture of quaintness, bringing together images of al-Andalus of the Moors and medieval citadels.

In this old town, there is a small museum on the bandits who in the 1800s roamed the hills of Ronda. The Museo del Bandolero has these old prints that narrate jaunty stories of young bandoleros. In the late 1800s, a traveller passing through Málaga remarked upon the way of the bandit bedecked in his various amulets and charms. He noted: “The favourite and original method of the Malagueño highwayman is to creep up quietly behind his victim, muffle his head and arms in a cloak, and then relieve him of his valuables. Should he resist, he is instantly disembowelled with the dexterous thrust of a knife……” The museum is a winner in every other way. I have not come upon the likes of it anywhere else. But then, you could argue that bandits did not flourish just about everywhere.

Ronda has two halves and the Puente Nuevo, or new bridge, divides Ronda into the Mercadillo (new town) and La Ciudad (old town). Yet two more older bridges span the El Tajo gorge. The oldest having been constructed by the Romans during the reign of Julius Caesar, and the other, a Moorish bridge which leads to an exotic hammam, Baños de los Arabes, the former bathing houses of the Moors.

Rainer Maria Rilke who arrived in town in 1912 from Paris was transfixed by Ronda. He noted: “The spectacle of this city, sitting on the bulk of two rocks rent asunder by a pickaxe and separated by the narrow, deep gorge of the river, corresponds very well to the image of that city revealed in dreams. The spectacle of this city is indescribable and around it lies a spacious valley with cultivated plots of land, holly and olive groves. And there in the distance, as if it had recovered all its strength, the pure mountains rise, range after range, forming the most splendid background.”

The obvious highlight of Ronda is El Tajo, a gorge that plummets 492 feet into River Guadalevín. I was enchanted by the sprawling vista of the Andalucian country on either side of it, a thousand fireflies buzzing in the quiet of the afternoon, and imparting it with an other-worldly air. The Puente Nuevo turned out to be a repository of hoary stories. Above the central arch of the bridge is a secret chamber. During the Spanish Civil War, between 1936 and 1939, many a Nationalist and Republican was tossed out of the windows of the chamber into the gorge. Ernest Hemingway recalled these incidents in his novel, ‘For Whom the Bell Tolls’. When pages from the past are riddled with blood, you get these forbidding stories that trickle out of the most innocuous of places, as keepsakes.

The romantic stories of bandits

A couple who are being burnt at the stake 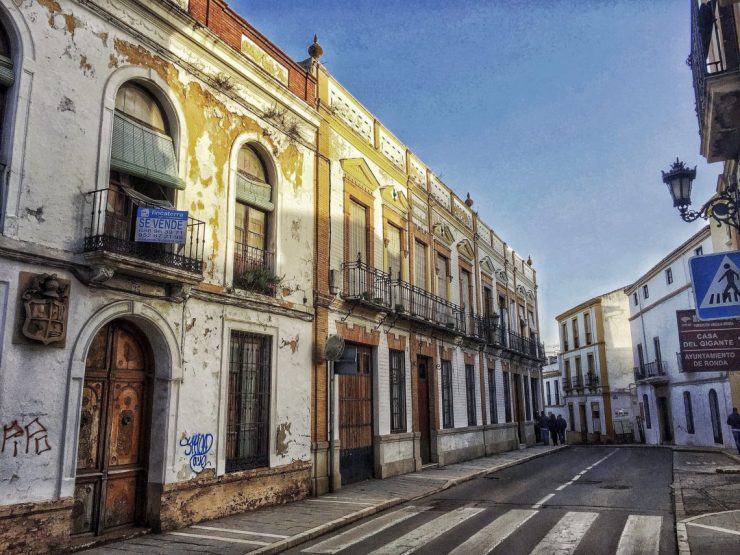 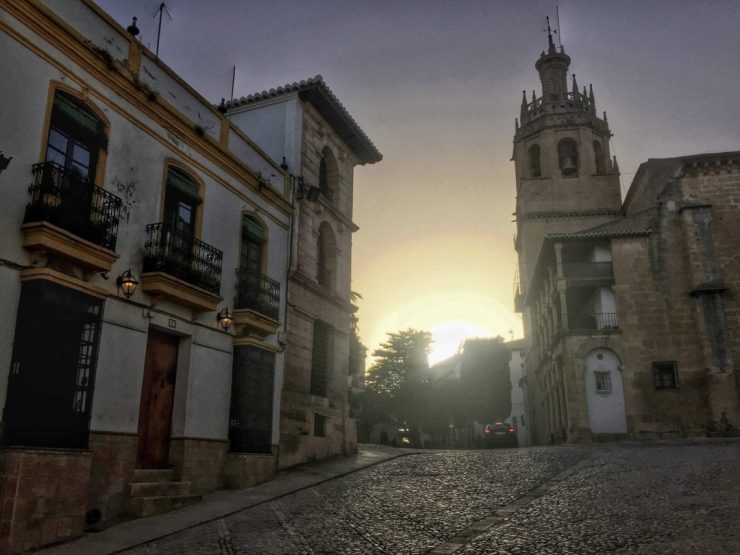 The most bloodthirsty aspect of Ronda awaited us at the Mercadillo. The new town, which is not so new because it dates back to the 15th century and makes you realise that the old town must be ancient then, has its share of beautiful old churches and plazas and cobbled alleys. It is in the new town that you come upon Plaza de Toros, Spain’s oldest bullring. My interest in Ronda’s bullfighting heritage began with Hemingway’s written records of his obsession with it. Ronda, according to ‘papa’, is the town where you should see your first bullfight in Spain. Every year there is a festival in Ronda called Corrida Goyesca when its bullfighting past is recreated with flourish

With stories of moors and bandits, bullfighters and writers in the air, Ronda became a honeypot for the Viajeros Románticos or Romantic Travellers who during the 18th and 19th centuries wanted to travel through the lesser known parts of Europe. Alexandre Dumas, Rainer Maria Rilke, Ernest Hemingway and Orson Welles – they all found themselves beguiled by this old town. And why not, they were walking in the footsteps of the Phoenicians, the Romans, the Visigoths and the Berbers. Just as I in turn walked in their footsteps and fell into a state of enchantment upon finding myself in Ronda. 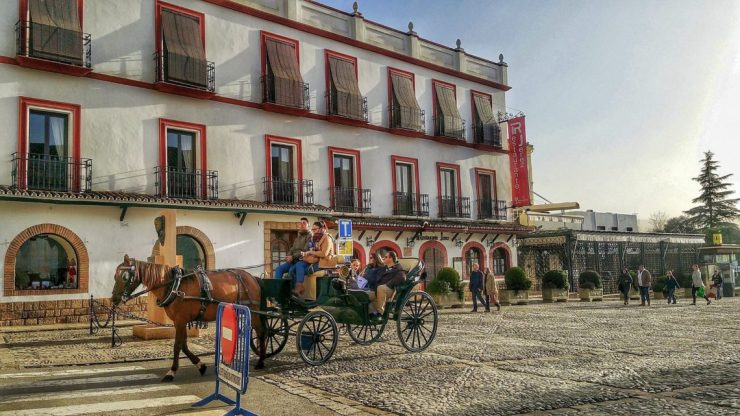 Back at El Tajo for one long last look before leaving Ronda. No wonder Rilke had avowed lasting love for it when he had said: “I have sought everywhere the city of my dreams, and I have finally found it in Ronda.” 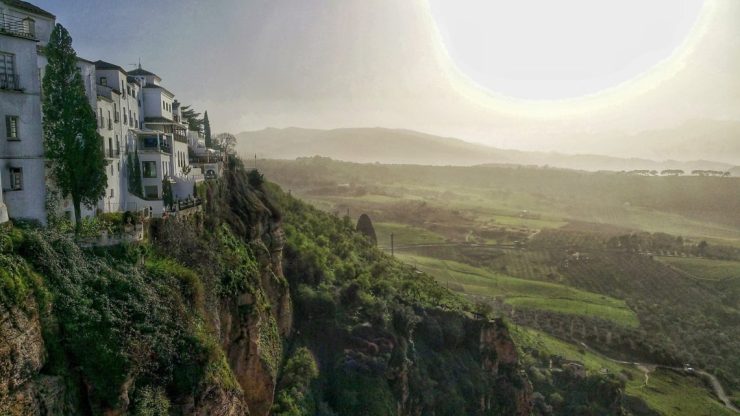 3 thoughts on “The Romance of Ronda”