Where else would you have the three things mentioned above? But in Venice. That wonderful city on the waters, where water permeates every aspect of life. We met a man from Germany during our lost-in-the-city moments. The German from Frankfurt went out of his way to walk us to our destination, and mentioned that he had been to Venice 20 times. Now that is the kind of charm Venice exudes.

First, let me take you to a squero. The word is Venetian for a boatyard, where the traditional boats of the city are hand made. Seven of them are still functioning in the city. We made our way to Squero di San Trovaso where they make gondolas and you can take a look from across the river flowing through the quarter. It is in the Dorsoduro sestiere. You cannot enter unless you have a group of 30 and make a booking ahead of time or you’re part of a walking tour which is eye-poppingly expensive (above 500$). Rest assured, just watching from across the river is a good enough prospect. This photograph was taken on a Sunday when the squero remains shut.

“The experts are right, he thought. Venice is sinking. The whole city is slowly dying. One day the tourists will travel here by boat to peer down into the waters, and they will see pillars and columns and marble far, far beneath them, slime and mud uncovering for brief moments a lost underworld of stone,” wrote Daphne du Maurier in Echoes from the Macabre: Selected Stories.

I really hope it remains a macabre part of the imagination.

P.S.: Why not take a traghetto for 2 Euros than splurge 80-100 Euros on a gondola? In this off-peak season, gondoliers would deign to lower their price by 20 bucks bringing it down to 60 Euros. Have a think.

The best meal I have had in Venice lay in two trattorias. Trattoria Ai Cugnai in the Dorsoduro sestiere is one of them. It is run by three Italian women who are sisters-in-law. The food is downright unputdownable. One of my favourite spaghetti dishes, which is basically just pasta cooked with olive oil and pesto, had been given a twist in this trattoria. It came with a dash of saffron. I had never thought of saffron marrying well with pesto. 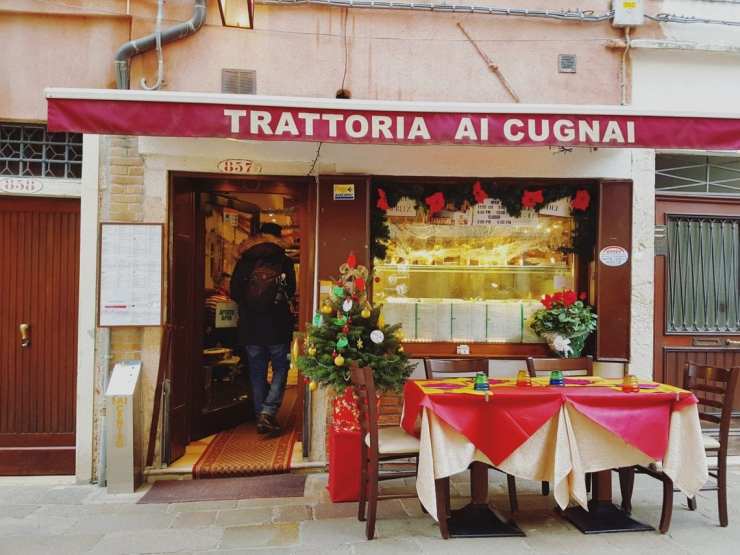 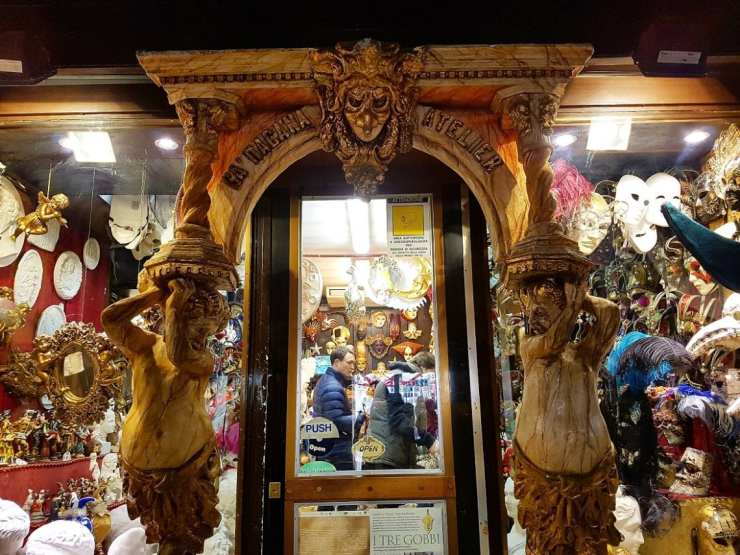 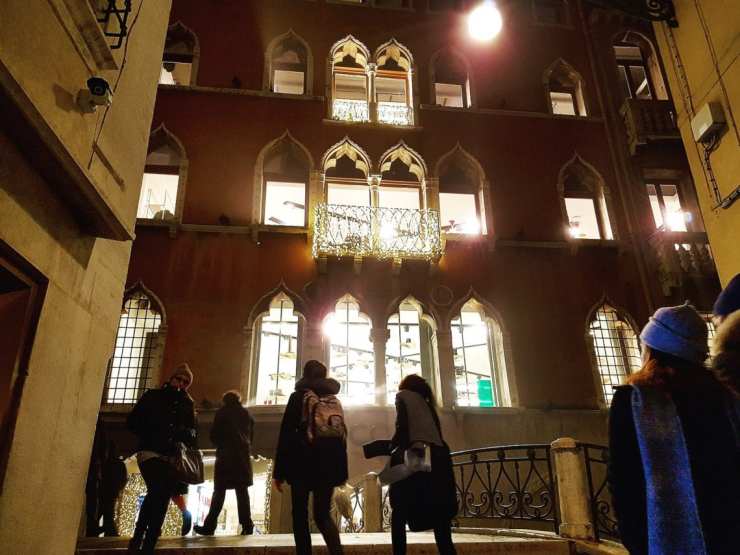 You want to liven up an evening while in Venice? Head to the local bàcaro (bar). Grab a glass of campari or wine and a few snacks. Cicchetti is Venice’s answer to the Spanish tapas and the Milanese aperitivo. It is a pleasurable affair.

Apparently, King Henry III of France in his day had been presented with 1200 dishes and 200 bonbons in Venice. He might have taken to the cicchetti. Less pressure on the stomach acids and more glee at the thought of trying out a medley of dishes.

And, just when we thought that the night could not get better, we got out of the local bars and made turns in various street corners to spot Frulalas. These are fuchsia/red-lit cocktail bars set up in kiosks and pepped up with cheery music and jiving girls who offer you free shots of fruity cocktails. The night turns headier.

One thought on “Of Gondolas, Gelatos and Cicchetti”