Chiselled by the winds stand the sand dunes of Sam. They are an overwhelming sight. All those sandy yellow waves and nothing thereafter for miles. It is a sight that can make you feel like a speck in an ocean of sand. Once in a while, a row of camels can be spotted, swaying their lazy behinds and walking off into the horizon with human loads on their humps.

I have sat on a camel twice now. Two occasions when I somehow clung on to the camel as it decided to make rude noises and threaten to throw me off its back. I would not blame it on hindsight. We humans are rather annoying in our attempt to get onto the back of every four-legged creature we can get our hands on.

I have made my peace with it. No more camel rides for this human is in the offing any time soon, unless I am thrown into the deserts of Arabia with no option but to get on to the back of one or perish. We all have keen survival instincts at the end of the day.

Now, the deserts always remind me of my wee days when my father drove my mother and me through the deserts of Salalah. When once I laid my eyes upon the strange sight of an upturned camel. I have never stopped wondering since if that is how camels pass on to nothingness or onto the next realm, if there is one that is. If you do know the answer to this, I would be grateful for the assuaging of this strange and stupid query that has always been a part of my growing up years.

On another note, have you ever seen the branding of a camel? It is not a pretty affair. Those poor mammals have no option but be branded. They are held down by the heavily moustachioed Rajasthani men, their feet often bare, their bright turbans always snagging the eye with vivacious colours that contrast sharply with the white of their kurta-and-dhoti attire, and how can one miss those significantly sized gold earrings dangling off their ear lobes – they were certainly bigger than mine. The poker glows red hot, held upon a rough fire pit made on the sand, and then when it looks decidedly hot enough, bam it is stamped onto the body of the protesting camel.

To say that it is merely disturbing is not doing your feelings justice. I remember the intense vehemence that swept over me and with it the violent urge to inflict that very branding exercise upon those men who were busy with their regular activity. But you realise then that you are but just an onlooker with no power. So you turn your eyes away with immense sadness in your heart and the thought running in your head that it is just the way it is. After all, not everything in life is the way it should be, is it? 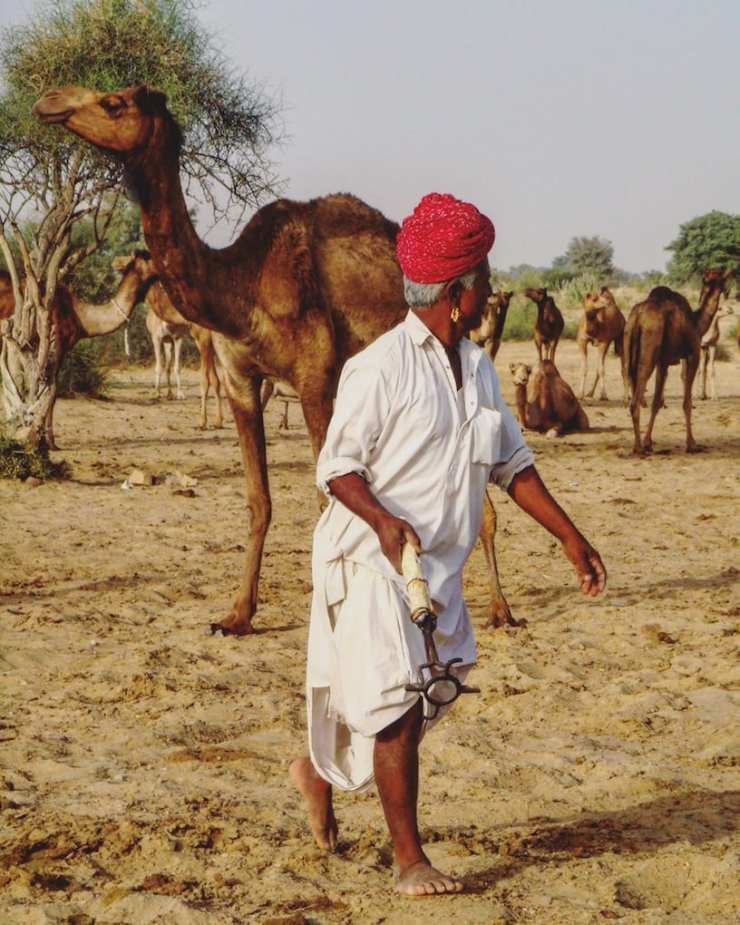 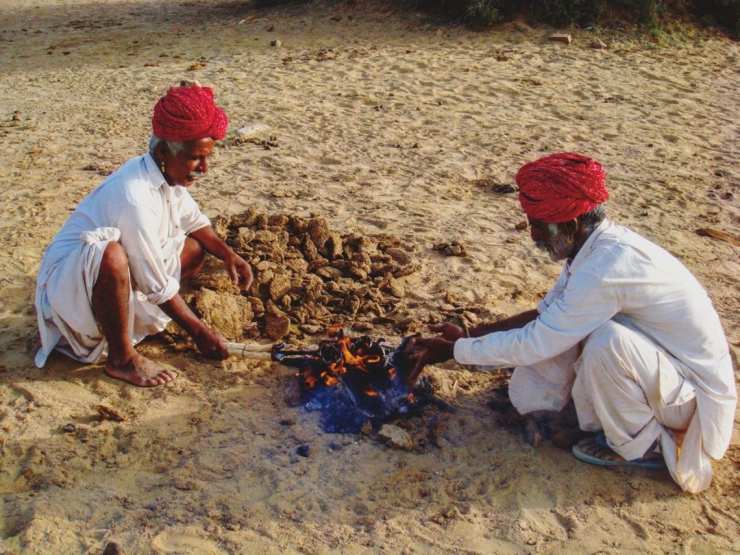 Yet there is something mystical about the desert. The golden beauty of your surroundings, the spectacular sunset and the massive white disc of the moon that rises after. It reminds you of Antoine de Saint-Exupéry’s words in The Little Prince: “One sits down on a desert sand dune, sees nothing, hears nothing. Yet through the silence something throbs, and gleams…”

13 thoughts on “On the Sand Dunes of Sam”