The gulls rule Padstow. Well, they rule the roost in most coastal villages, but in this north Cornish town they stomp across the road, stake their claim upon neglected morsels of food and they stand right above your head, swooping up and down till they have almost lifted off scalps, or some chips, please. I saw one gull fearlessly walk up to a man who was eating his fish and chips with the family by a chippy and make a go for some unforgotten chips lying on the ground. That brave man took him on. He cast gimlet eyes upon that gull, reached his foot out and stepped it firmly upon the chips. The gull turned around and strutted away across the road to the quay as nonchalantly as if he had never wanted it in the first go.

The other don of the fishing port of Padstow is Rick Stein. You know, the affable celebrity chef on telly who goes around cooking curries in India and tossing up spicy shrimps in Malaysia. Having read his memoir, Under a Mackerel Sky, I knew that he had started a mobile disco in Padstow, but walking into the streets of the port town, I realised that its nickname of ‘Padstein’ is well earned. It started from the parking lot that was packed to the gills. Right on it stood Stein’s chippy that had long queues of hungry people, waiting to attack their dose of fish and chips on a day of sunshine peppered up with rain clouds.

We were walking around in town and staring greedily at the pasty shops where massive pasties winked at us, waiting to be devoured. But no sir, Stein’s chippy it was because men could be overheard telling their sons to hold onto that ravenous appetite. It is a pity that we have but one stomach – it often makes me think that if there were a lottery held for extra stomachs, I would be right up front. Then there could be Both pasties and fish & chips for lunch.

We ended up at the Rick Stein chippy where the queue for a sit-down lunch was long enough to send us scuttling for takeaway boxes guzzled down by the quay. We joined the ranks of other fish & chips lovers, sat on the road by the car park, and were joined by two attentive gulls. Every time I turned my eyes warily behind me to check on their progress, they squawked in response, ‘Pass on some, you greedy buggers.’ Unfortunately for them, our booty was too delicious to part with. Plus I do not know if Stein would approve sharing his food with gulls. Also, you know this that feeding them is simply not a good idea.

If you have quiet villages in Cornwall, you have fishing port towns too like Padstow which are bustling with life, buskers and little girls with ringlets dancing to their crooning, yellow trawlers whisking you across to villages across the waters, bookshops selling beautiful tomes, antique stores and vintage decor stores, ice cream vans because people are always eating on holiday. Fish & chips over? Time for some Kelly’s full-fat ice creams. 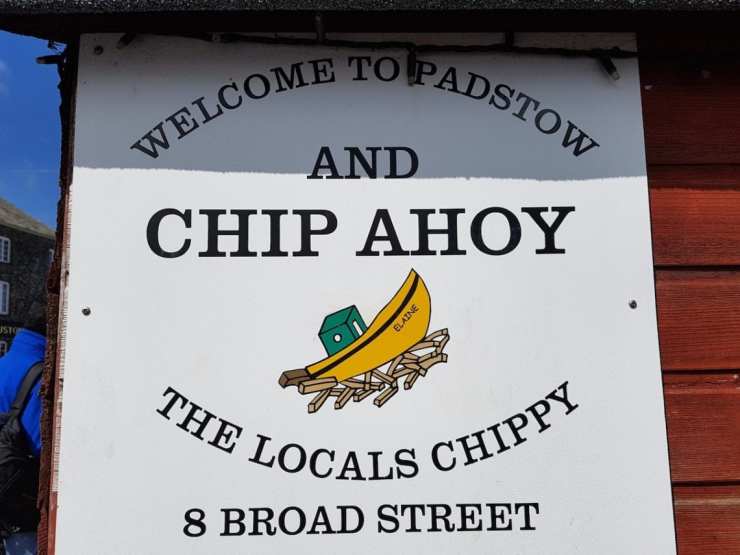 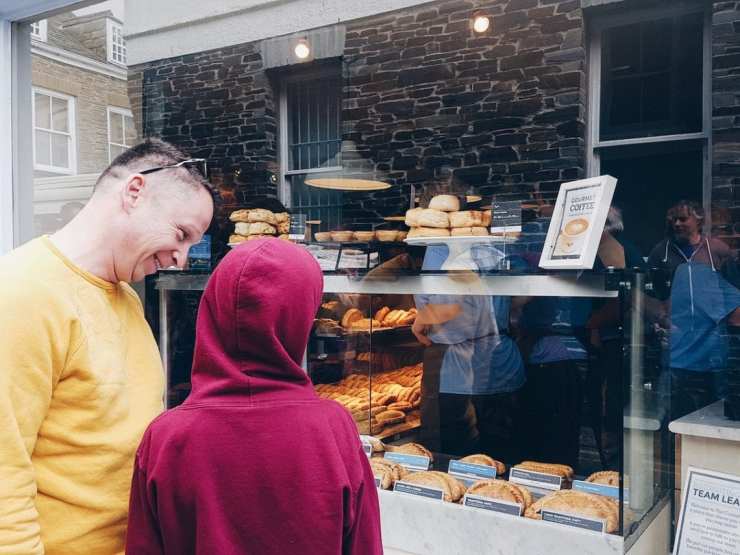 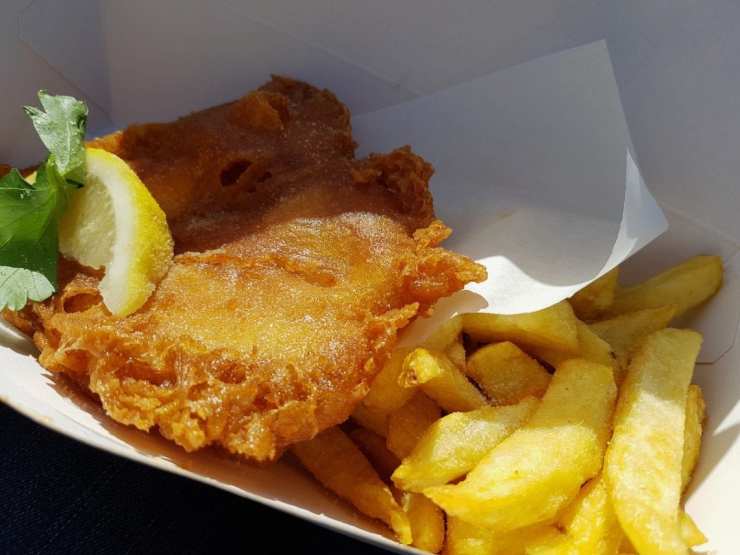 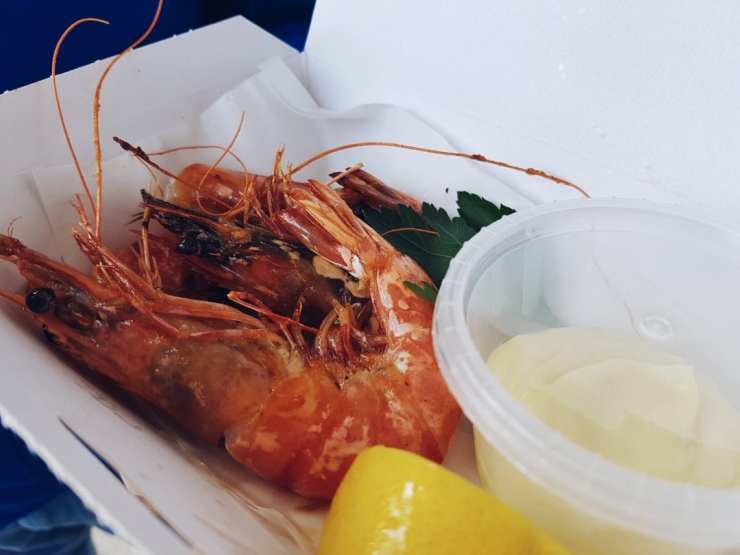 How to Get There:

It takes around 5 hours to get to Padstow from London. Take the M4 to Bristol, head south on the M5 to Exeter and then follow the A-roads to Cornwall. Of course, you own a GPS, so I shall not blather on.

The Old Ship Hotel (www.oldshiphotel-padstow.co.uk) is an old, listed property to which most people also flock for some pub grub. Book way ahead for your summer holidays.

Rick Stein’s Café (www.rickstein.com) which apart from offering lovely breakfasts also offers rooms which you would be loathe to leave. They have been designed by Jill Stein,

Prawn on the Lawn (www.prawnonthelawn.com) – Seafood that is as fresh as fresh gets in this fishmonger and restaurant which gets its catch from boats that ply the waters around Devon and Cornwall. Along with starters and mains, you would pay around £35 per person.However, if you choose items such as Prawns on the Lawn Fruit de Mer it would cost you £70 straightaway.

National Lobster Hatchery for an idea about the conservation of fishing traditions in Cornwall.

Take the ferry to Rock.

Hire a bike and cycle along the Camel Trail which runs for 5 miles along a disused railway track. Great for bird watchers because the Pinkson Creek that you pass by is a favourite with curlews and egrets among other species of birds.

54 thoughts on “Dons of Padstow”