In the Hardanger region of Western Norway — made up of serene fjords, gushing waterfalls and statuesque bridges leading the way to chains of hills linked up by a series of tunnels — is the village of Norheimsund. During the Nazi occupation of Norway, the village served as a training camp for the Germans. There would have been fortifications along the bay once, but now they have been replaced by houses built the local way with wooden panels and slate roofs, small windows peeking out from cheerfully painted facades. Old fishermen’s cottages still stand in isolation close to the fjord, and along with a handful of stores and small harbour, Norheimsund tempts you want to sit on the pier for a long, long time. Chuck in a few cafes, a church and a school too, and you have the essence of a quiet village that was our nest for four days.

Now I have a confession to make. We started on a hike in the countryside around Norheimsund and *whispers* we abandoned it after a fair bit of trudging up steep hills. Why, you might wonder, is she a big wuss? I am one but only when it comes to water and haunted cottages. I am willing to take on hiking challenges of any nature unless you ask me to climb up paths made up of tiny slippery rocks — which I abhor with all my heart (because of late we have ended up on such hikes).

The skies had opened up the day before, letting loose their wrath upon the earth. The path was immensely boggy. My shoes kept sinking in and I felt slimy and damp. It did not help that my beloved insisted on sending out leech alarms, leeches that were apparently creeping up my leg and getting fatter by the minute. Now try as I may, I cannot and I will not develop a fondness for reptiles and creepy crawlies knowing fully well that they are our fellow creatures too. So I shrieked and shrieked (like an exasperating girl) – here I have to quickly point out that I do not scream anymore, but when I was living with my flatmates in Delhi I used to be a banshee. Every time one of my flatmates’ boyfriend turned up at the door, I would open up and scream. We had no keyhole, you see. Yet could that be a valid excuse? Or was it a subconscious urge given that he would finish all the food in the fridge. I wonder.

Adi and I huffed and puffed as we climbed up while an old man in his training shoes ran up the hill we were climbing. Did he just run past us? Overcome by incredulity, we quickened our pace and examined pretty mushrooms as we made our way through the woods. After a while, we found ourselves walking along a water pipeline and found sheep atop the hill, chewing and meditating. What do you think sheep contemplate about as they graze or when they sit and reach out for more grass?

I had mentioned in my last post about the sturdy Norwegian sheep. I sat near them and wondered if they might scuttle like the English sheep. But no, they sat there, their faces stoic. They looked at me. I looked at them. A silent communion disturbed by the sniggers of an errant husband.

It was after this point, when we had a spectacular view of the village of Norheimsund below us and islets sticking out from the waters of the fjord, that we decided to turn around. It was a most dissatisfying feeling. The kind of feeling that nags you when you have abandoned a hike midway.

Do you have any such stories of abandonment? It might just make me feel better. 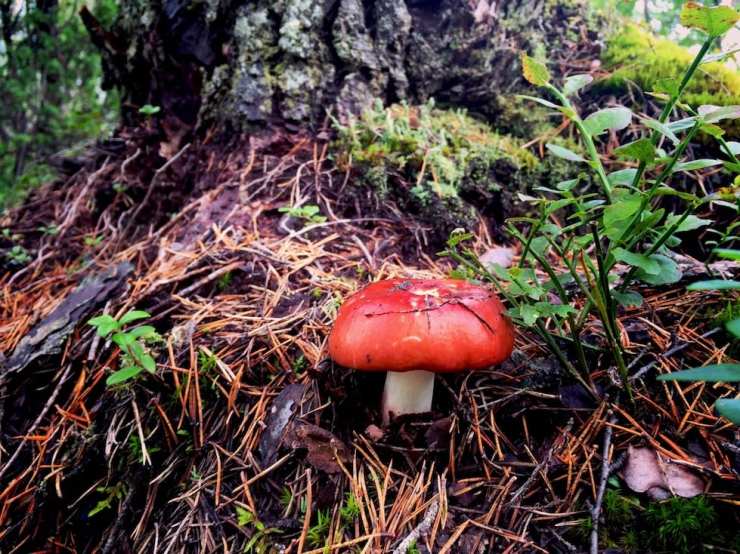 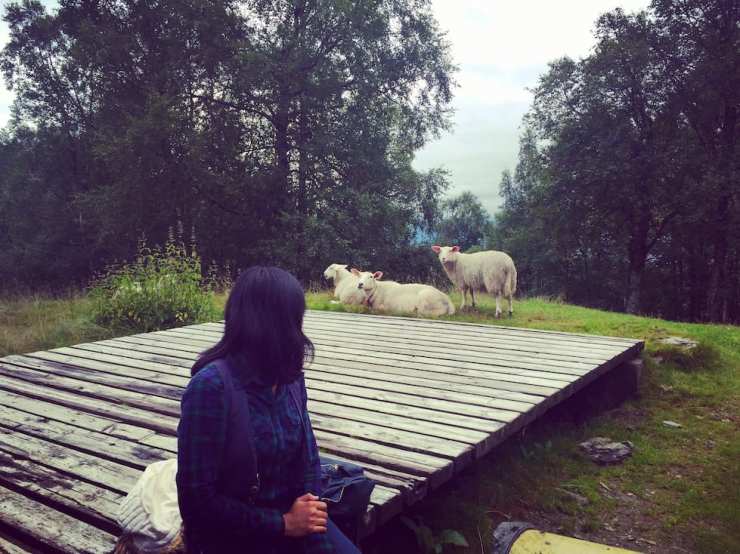 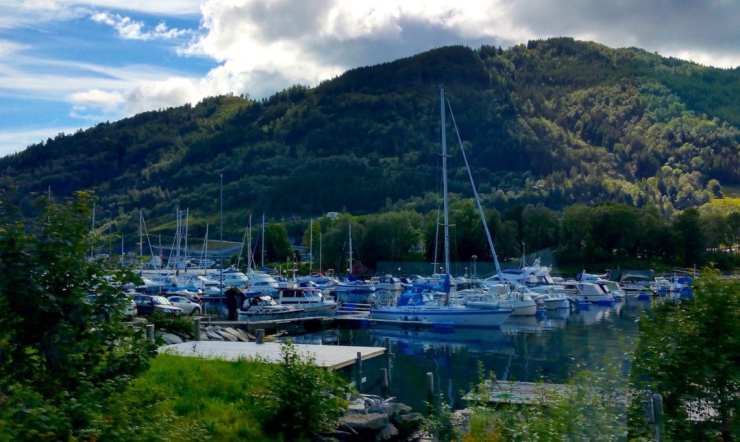 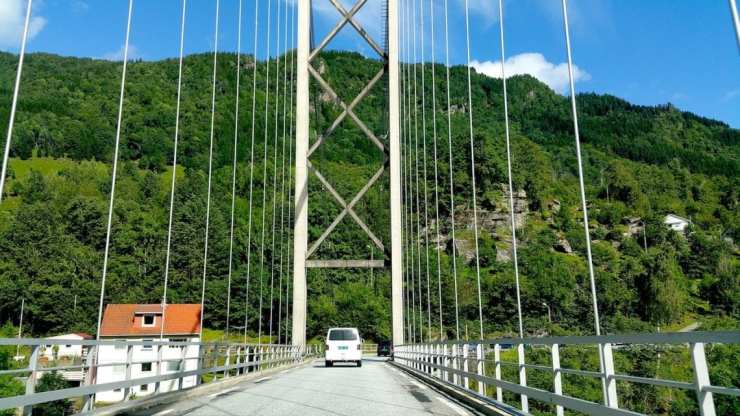 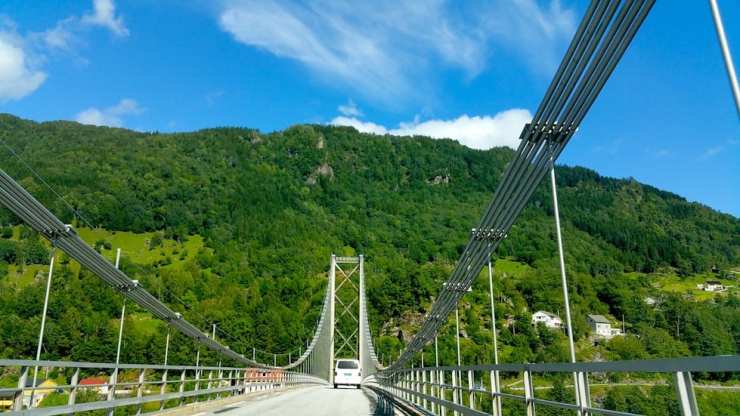 81 thoughts on “Country Hiking in Norheimsund”