Keeping in theme with the tone of the guest post on Seville by Sophie, I thought of my Andalusian adventures that kicked off from Málaga, the Andalusian port city of Spain, that lies across the tip of Africa. It was February and yet the heat, oh it was blistering. Ir ran along the lines of an Indian summer that tends to sear the mind and the soul. The day we landed in Málaga, the city was enveloped in a haze that was a curious shade of jaundice yellow. It is a common feature there in Málaga –  the desert wind, Calima, blows in from the great Sahara Desert bringing with it poor visibility and high temperatures. During the course of the next few days, the haze gradually lifted but the heat, boy it was a stunner.

Now Málaga is the underrated cousin of the Spanish biggies, Madrid and Barcelona, and I do not know why because it has infallible charm. Walking in the shadow of the grandiose Alcazaba, the towering cathedral and the baños (Arab baths), the imagination tends to be overwhelmed by tales of the Moors, that mixed race of Berbers and Arabs who crossed over from North Africa and occupied Andalucia for seven centuries. But ancient Iberians, Phoenicians and the Romans were here too and you see the strange confluence of cultures in its many alleys.

My first impression of Málaga was formed by the sight of the many palms that line one of its main avenues. Those trees bring upon me a wave of nostalgia for things left far behind in the past – hazy memories of the desert city that I was born in. A glorious park, the Parque de la Alameda, was my refuge from the heat of the morning with its green surroundings filled with exotic plants procured from five continents. It was but a paean to man’s potential for creating beauty from zilch. You see, the park was created on reclaimed land.

Sauntering down one of Málaga’s busy streets, I chanced upon an imposing horseshoe archway. The Ataranzas. A market for fresh produce and paella. Ah, now I could not leave it alone, could I?  There is something alluring about the mercados of Spain. Be it in Madrid, Barcelona, Málaga or even a small place like Zaragoza. Is it an old-world charm, you wonder, with vendors and customers exchanging notes over fresh meat, seafood, vegetable and fruits? A plethora of colour for as far as the eye can see beneath the warm lighting of the market hall. My nose led me into a massive hall that was once a shipyard (in Arabic it is Ataranzas) with seven grand arches. Only one of those arches remain and it was the one that had lured me in.

A shipyard in the middle of the city, you might ask dubiously? Things were different till around the 18th century. The sea reached till where I was walking a while ago – on the streets around the present-day market. Once fishermen would have sat along the walls of the former shipyard and trawled the waters for the catch of the day. Apart from housing a shipyard, the Ataranzas had many avataars. Convent, military fort, hospital and subsequently a medical school. So many stories, so many memories, all embedded within its walls. Now only if those walls could speak, the tales that might tumble out.

This was just the start to my extensive rambles around the city, and lest I lull you into a sound sleep, I shall retire till my next post on Málaga. 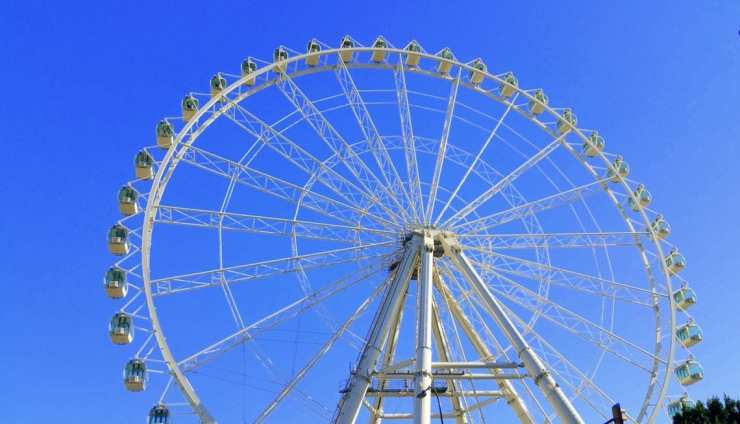