A whirligig of architectural styles. Baroque, Rococo, Renaissance and Neo-Mudejar schools of design coming together under one umbrella and as you gape at them, the many Christian temples that fall on your way as you saunter through the alleys of the city, you realise that these are not mere names to forget in a jiffy. These are the artistic movements that had Europe in its clutches at the time. They permeated almost all aspects of life.

La Manquita, the One-Armed Lady, as the gigantic cathedral is known among the malagueños. You stand beneath it gaping for some time at the lofty stature of the tower that shoots up, up into the blue sky above, but there is that south tower that is missing. A long time ago it seems the parish used its funds to help the American independence efforts. The cathedral remained unfinished but it helped an entire nation get on its feet. A cause as worthy as any.

Frequent stops in cafes for a bite to eat and drink because that heat saps the strength out of you. The solitary woman sitting in a corner of a cafe and sketching away. Of course you wanted to strike up a conversation but she looked so comfortable in her own little world that you let her be. Sometimes there is solace to be found in silent camaraderie, even with strangers.

The shoppers in various departmental stores, the random teteria decorated with those entrancing, intricate jaalis and people nursing glasses of chilled wines and beers on the sidewalks. You find yourself wandering aimlessly through the many alleys, a church at every corner, a man with the taqiyah on his head selling peanuts, the quiet courtyard with its traditional wooden beams and solid doors, the lanes where sheltered from the intense heat a man with long locks strums the guitar.

The old Roman amphitheatre above which stand guard the rambling walls of the Alcazaba of the moors with its rows of orange trees and clumps of flamboyant Bougainvillea growing inside, a hint at the beauty that must have flourished inside when the moors ruled over the land, a view of the sea from the walls because it was built as a defence against pirates during the day, the bullring in the distance and the towers of concrete painted up in the Mediterranean colour palette.

A wonderful jumble of impressions guaranteed to make you dizzy. 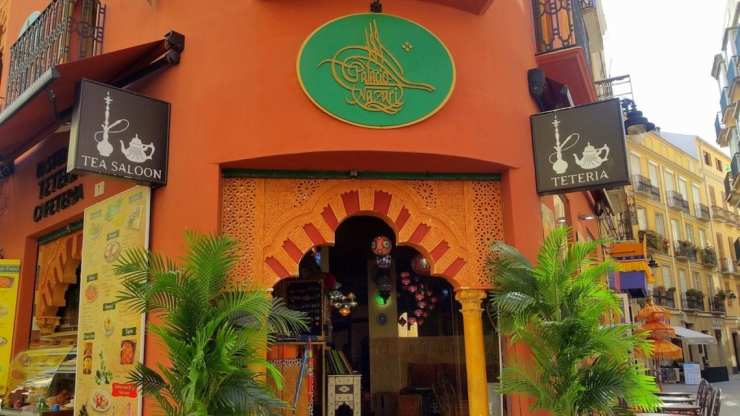 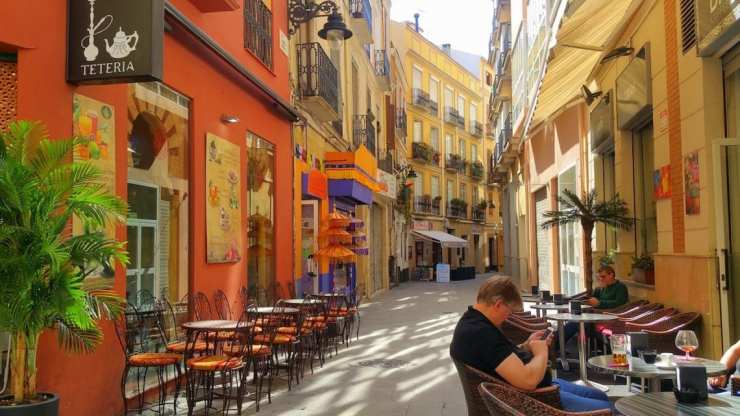 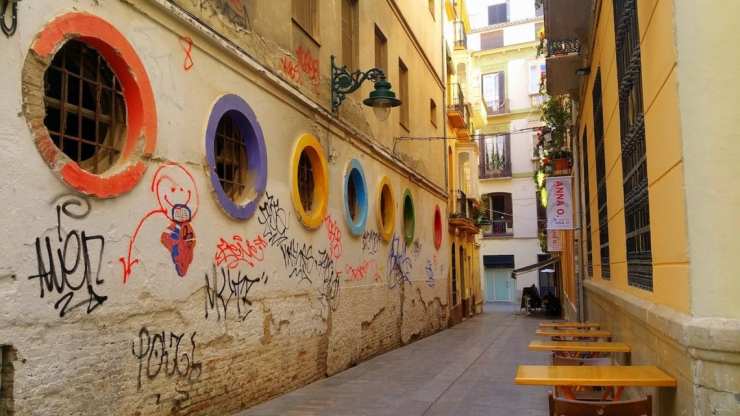 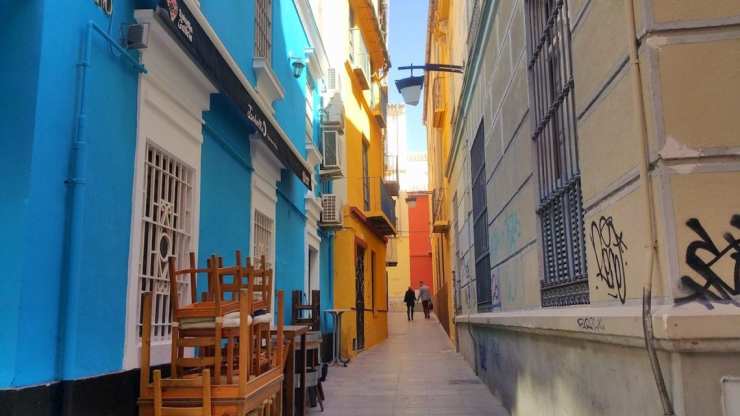 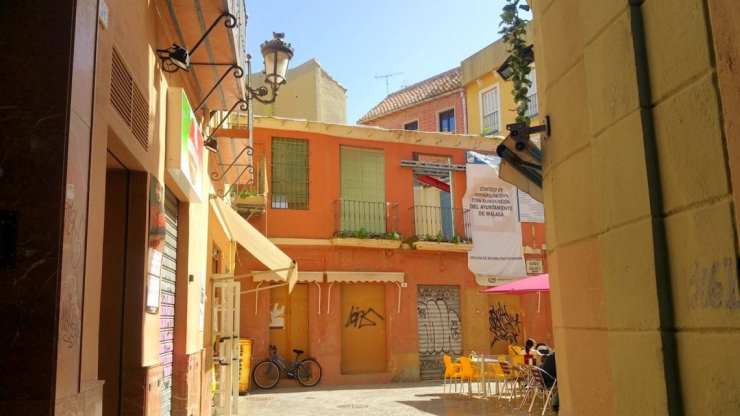 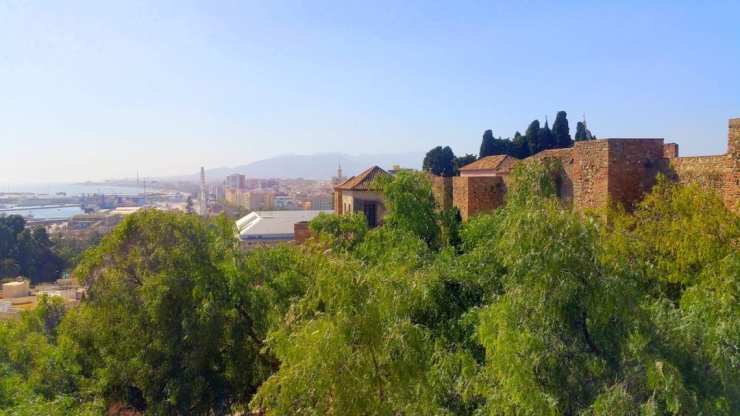 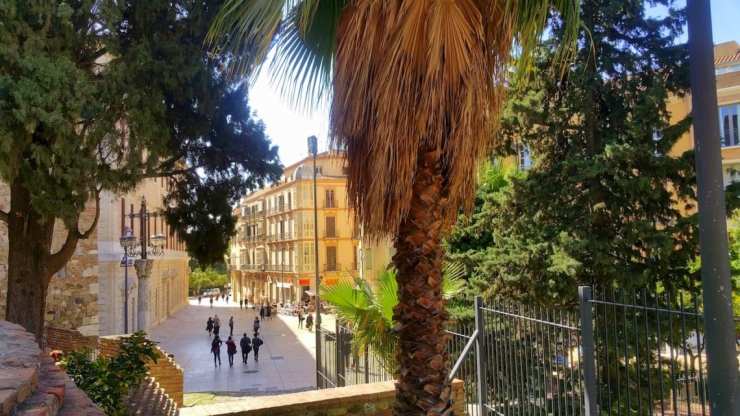 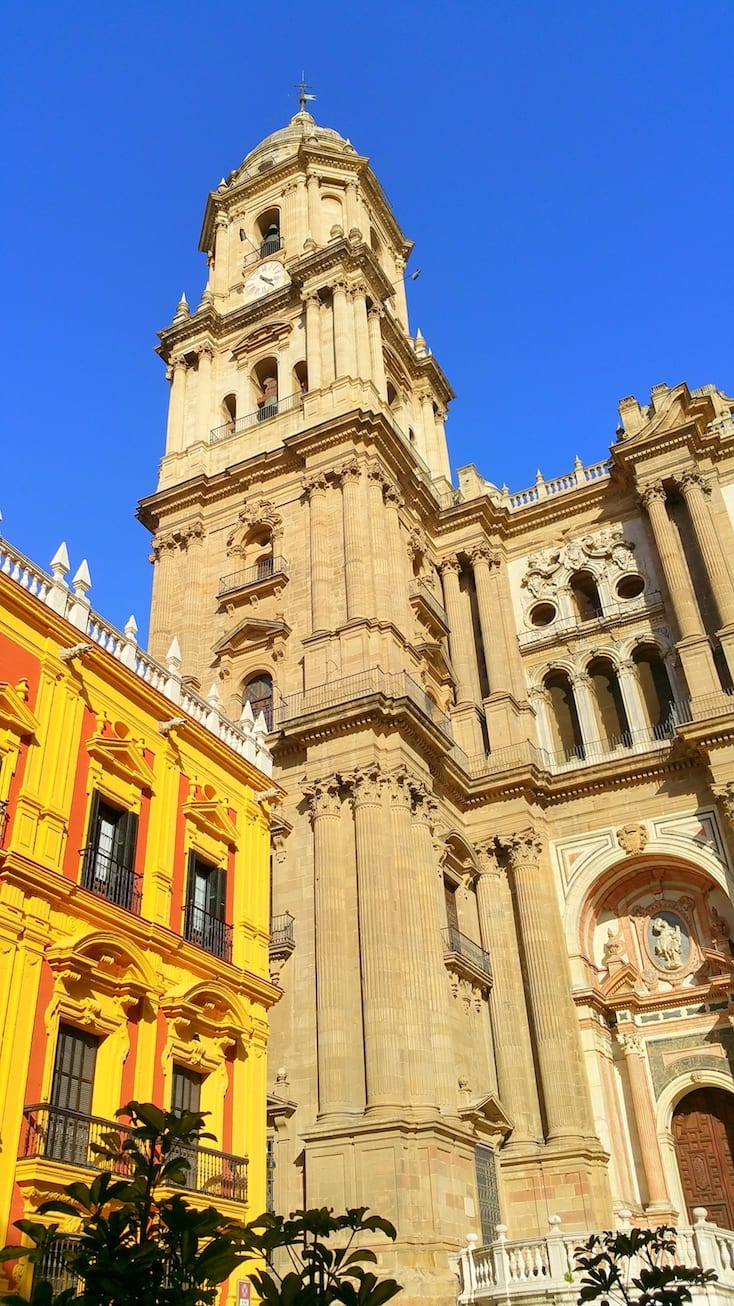 78 thoughts on “Vignettes of Málaga”