During an Easter break in 2015, we arrived at a Victorian cottage called Sunnybank, positioned high above the village of Looe, upon a hilly road. It was in the late hours of  night when we reached it and yet we were stumped by the quaint prettiness of the village strung together by festive fairy lights, the sound of the sea in the backdrop crashing against the rocks and emphasising upon the solitude of our cottage. In the morning, we found the windows of the living room opening out to views of the sea one side, and on the other, rows of cottages clinging to the sides of cliffs in a higgledy-piggledy manner. The river Looe split the town into East Looe and West Looe, and while it remained dry for the best part of the day, tidal waters would stream in through an inlet and the boats would start bobbing prettily. On the harbour stood the bronze sculpture of a one-eyed seal called Nelson who had adopted it as home for about 25 years. Here Nelson had lived a full life, entertaining locals with his antics and sunning himself upon the rocks, till he died in 2003.

In the village of Nelson the seal, we were in the more bustling quarter of East Looe. Everyday we would trudge up a steep road to our cottage from the network of streets below  — where pubs such as Smugglers Cote and Ye Olde Jolly Sailor livened up things with stories of smuggling and privateering. While sitting at the Smugglers’ Cote one morning, we heard about an old tunnel that was discovered there, which lead all the way to the fishing quay.

A story goes that the landlady of Ye Olde Jolly Sailor hid a contraband keg beneath her petticoats during a sudden raid and knitted away with poise as her quarters were searched. Almost 20 per cent of the government’s excise duty was lost through smuggling and yet the Cornish smuggled away with impunity for the simple reason that they knew that the excise men from London were five days away by stagecoach from Cornwall.

There are no smugglers today though – just shark anglers, who operate on a policy of catching and releasing the shark, and avid crabbers. We did not catch shark angling, but we did notice little girls and their fathers crabbing away at the river while we hunted for ice creams and cakes.

To make the stomach rumble, because that is what holidays are meant for, we had a host of pasty shops to choose from. Bacon, cheese and leek; potato and leek; onion and pickle; steak and stilton… Life is pasty-some in Looe. You could lunch like a miner and feel rum about it. There are a smattering of creperies, Thai restaurants, cafés and bakeries too if you overdo the pasty aspect of the holiday. The idea for us was to eat our way through town and if we felt the need for more (which I always do), there was a bookshop up a hill where the books were beautiful, their pages yellowed by time, and the wonderful welcome smell of nostalgia hitting the right notes as you entered the shop. It was a treasure house of tomes — that old shop. The lady who sat at the till always had time for a natter, sharing notes on out-of-the-way authors like Anne Radcliffe who could infuse her tales with the supernatural effortlessly…why Radcliffe you might ask, because she is not quite popular, is she? Jane Austen poked fun at the tenor of Radcliffe’s Gothic novels in ‘Northanger Abbey’, if you remember. But the lady of the shop had written books on Radcliffe, as it turned out, and I was not about to pull an Austen on her. Plus I had found myself engaged by Radcliffe’s brand of electrifying novels which are difficult to lay aside even for a second. 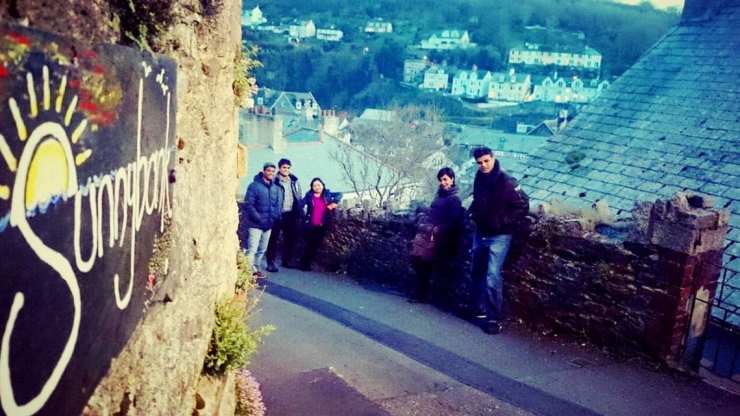 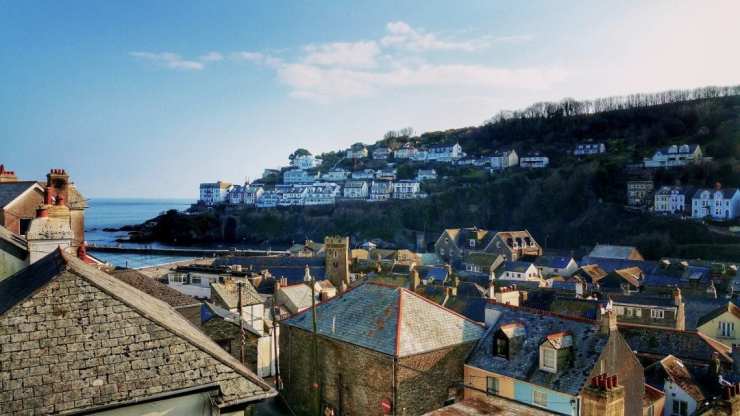 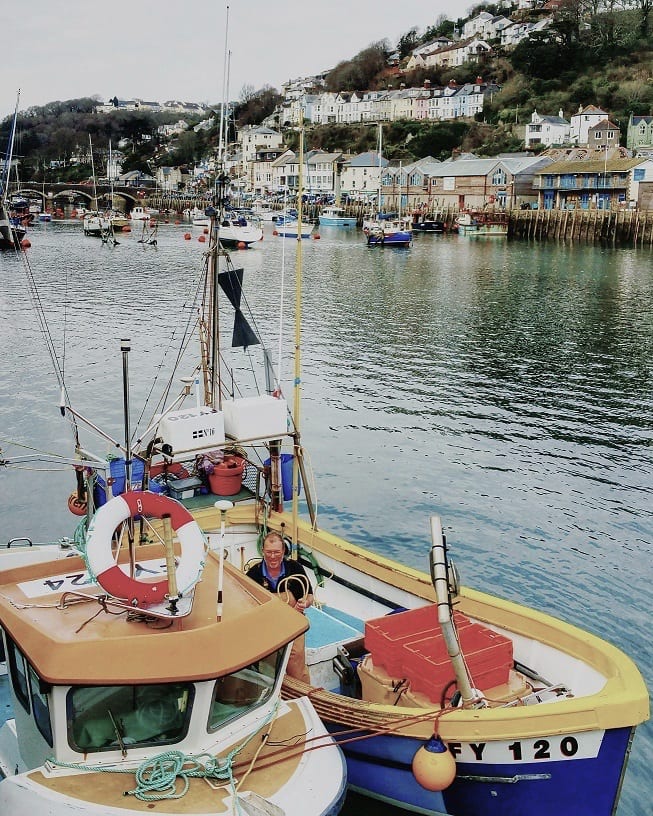 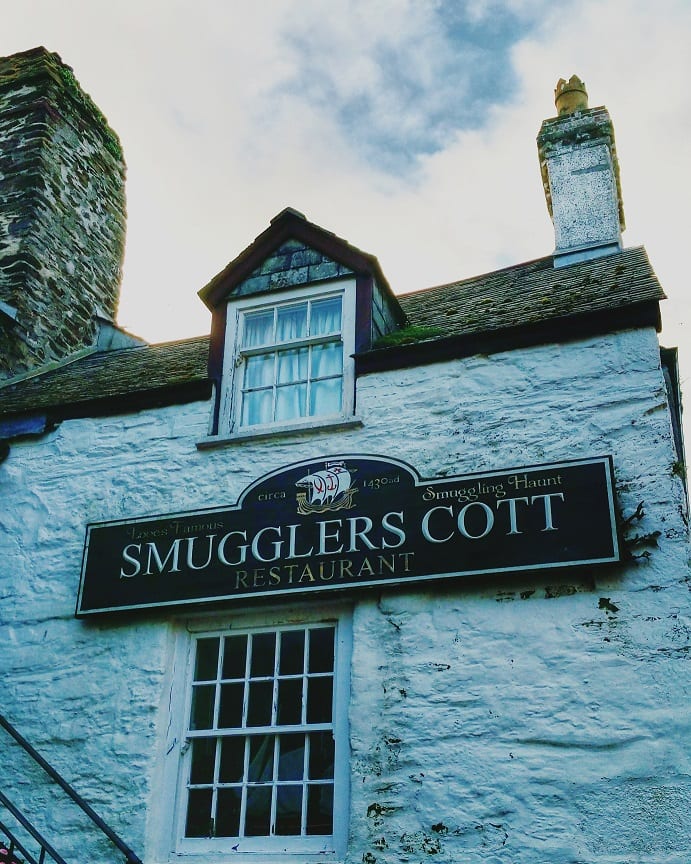 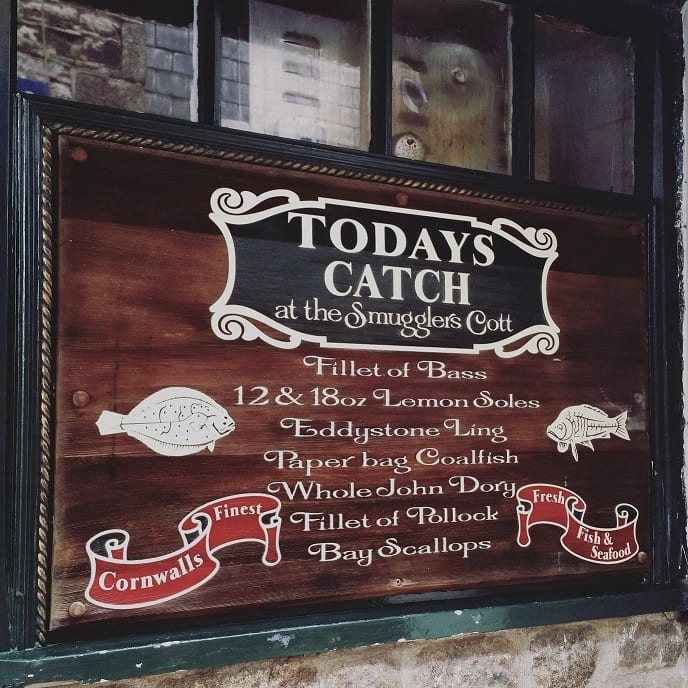 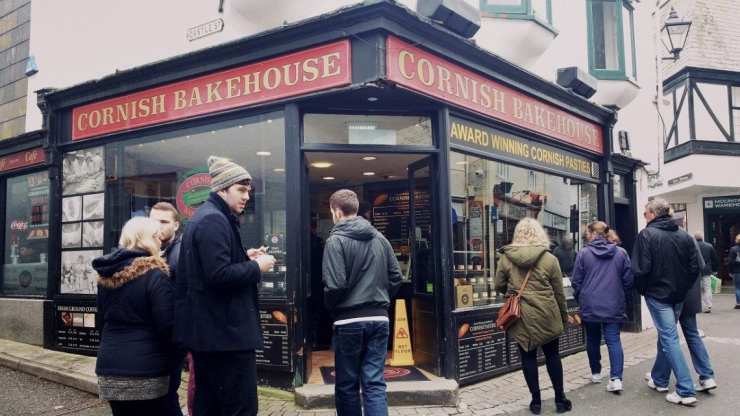 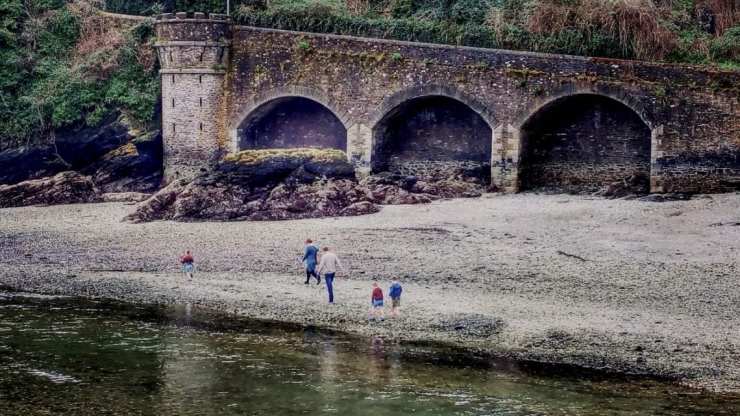 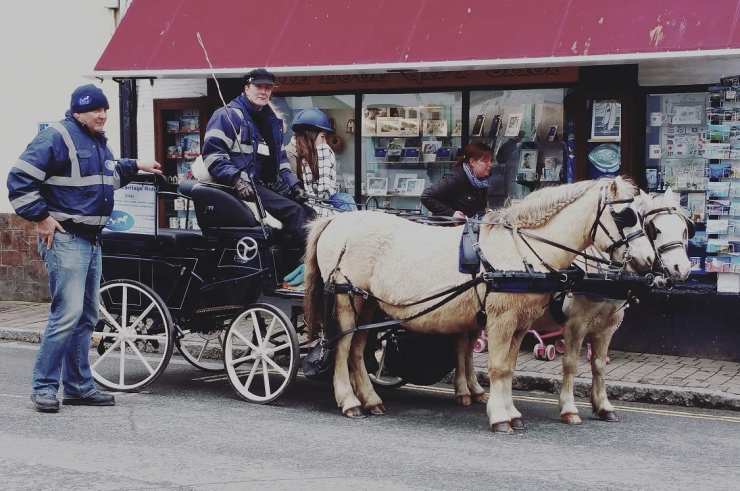 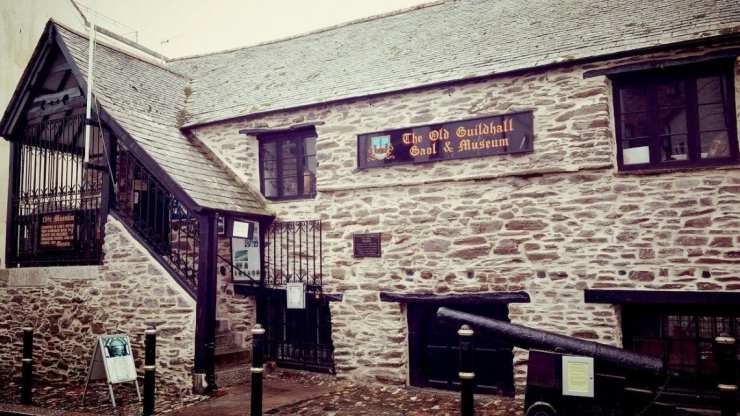 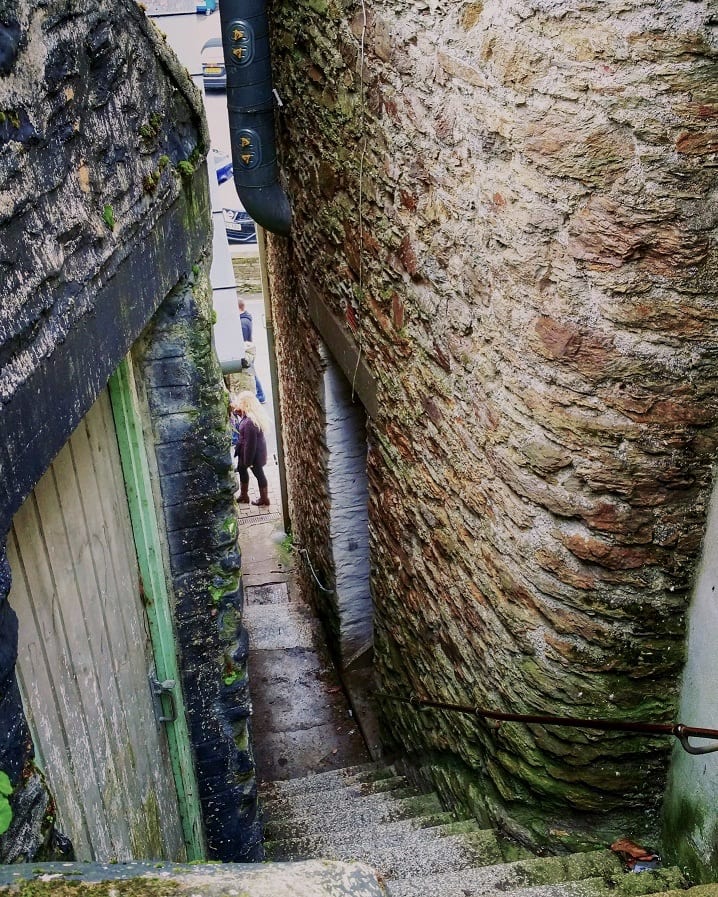 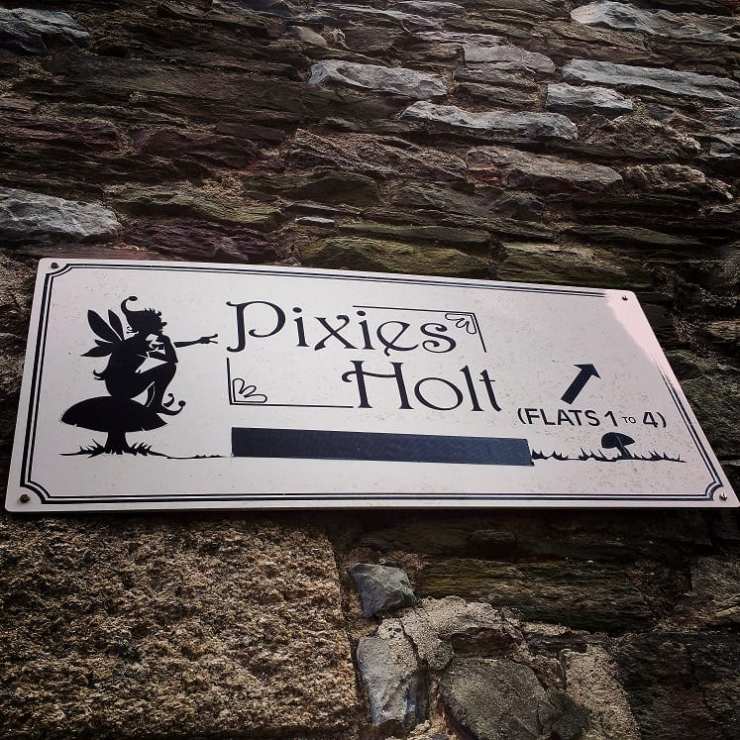 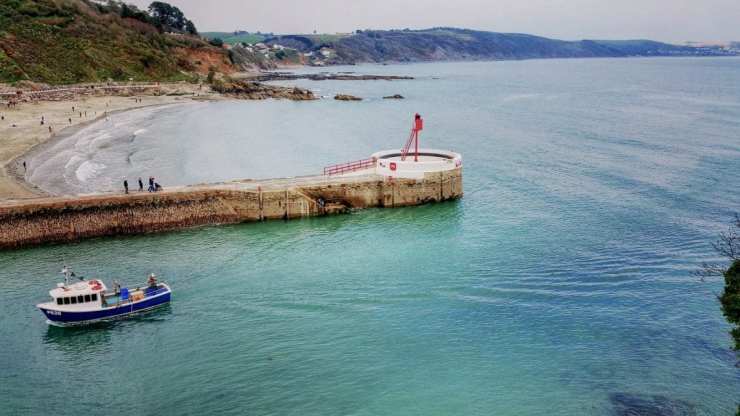 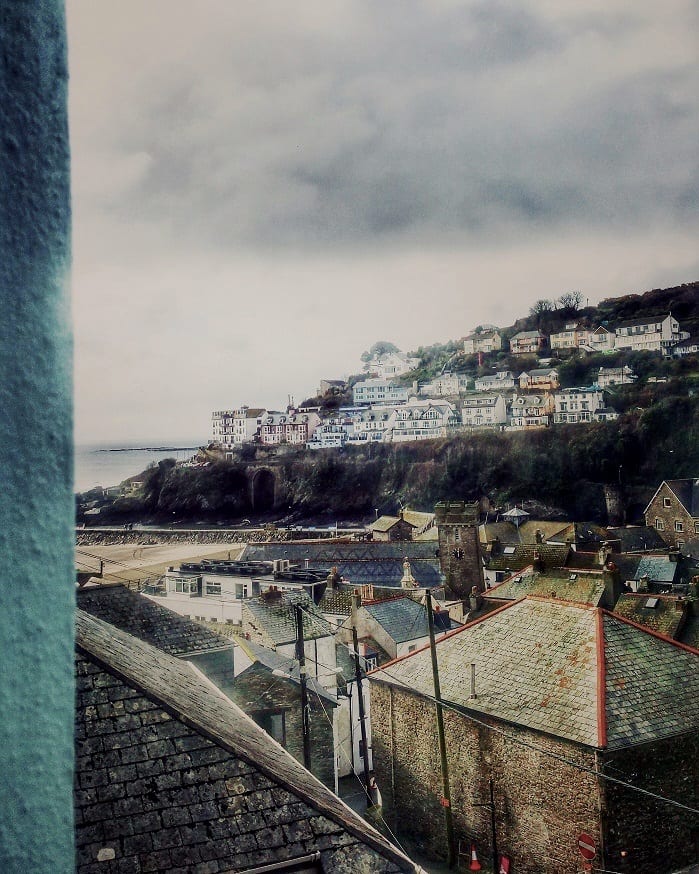 After days of mooching around the narrow alleys of Looe, exploring the other nearby villages of Polperro, Mevagissey and Fowey, solving puzzles lying around at Sunnybank, on our last night in Looe, we spent time on the sandy stretch of beach beneath a sky riddled with stars. Here smugglers would have unloaded their contraband goods decades ago. Off its coast stood the dark outline of Looe Island where goods used to be discreetly dumped too. I could picture it. The silhouette of a ship as it pulled in with 400-500 men on board – but mooring a little away from the shore. Then smaller boats would have been sent out to the beach with booties of brandy, rum and gin, men scurrying nimbly to get their goods under the cover of the night. And to the fervent mind came Rudyard Kipling’s ‘A Smuggler’s Song’:

If you wake at midnight, and hear a horse’s feet,

Don’t go drawing back the blind, or looking in the street,

Them that ask no questions isn’t told a lie.

Watch the wall my darling while the Gentlemen go by.

110 thoughts on “Chasing Pasties and Pubs in Looe”