On Sunday afternoons, Mrs Thurlow used to read the newspapers she would collect carefully over the week. It was her way of living other lives. She of the ‘flat heavy feet pounding painfully along under mud-stained skirts, her face and body ugly with lumpy angles of bone’, so much so that she is likened to a ‘beast of burden’ by the writer H.E. Bates in his short story ‘The Ox’. Like Mrs Thurlow, we live other lives and our collective imagination, I would think, goes into a tizzy when we read our instalment of news. Mine is at the end of every day, when I am tucked into the duvet, comfortable and ready to dive into these other worlds. I do not wait till Sunday because the world moves fast. I would be left far behind. Plus there is the habit of reading 20 newspapers ingrained into me by one of my bosses who used to stomp into the newspaper office early in the afternoon and quiz us about the news we had not covered in our paper (because it prided itself on being the best in the city of Delhi) and importantly Why we had missed it. With a fluttering heart, because it was my first job, I would sit and scan each and every news item like my life depended upon it. Now, I like to read only those pieces that make me sit up. The rest are merely headlines to be skimmed.

You must be thinking, ‘What, no more waffling about the autumnal colours of Bayonne?’ I would clobber myself if I bang on about it in one more post. As I was reading the news last night, you know drivel about how Meghan Markle who has just scored a prince may not be so all out there as she seems, I spotted a news item about a historic foundry shutting its doors on Thursday — a couple of days later in fact. The newspaper photos looked familiar. I peered into my phone in the dark of the night and realised, why we had been there earlier this year. I remembered the derelict foundry, careworn and in a shambles. Places that look like they have been left to their own devices tend to excite the imagination, don’t they? To add to which, it had been a rather dramatic walk.

On a brooding English morning in March, we were in the town of Ironbridge in Shropshire, the birthplace of the Industrial Revolution. As you can imagine, everything in England is antiquated. So is the bridge here from which the town derives its name. Across the muddy River Severn and a deep gorge spans the world’s first iron bridge which was opened to the public in 1781. Naturally it has been designated a UNESCO World Heritage Site. You might possibly like to ink it in if you find yourself romping around the county of Shropshire.

Traditional dark pubs with low-hanging wooden beams, winding roads into the bleak countryside, sepia-tinted churches and hotels, towns and villages built under the aegis of ironworks and coal. A hearty pub lunch after a fight over my insistence upon a walk in the woods, one of the few ideas I had culled from the woman at the old tollhouse in Ironbridge. Smouldering skies and husband. Utter nonchalance on my part. Every walk has to after all begin with a fight. Traditions are not to be scoffed at, after all.

That’s how we sauntered into the village of Coalbrookdale, the home of the British AGA cast iron cooker which is synonymous with country living in the UK. The cast iron for the cookers were so long manufactured in the foundry at Coalbrookdale. Now, it shall be shut forever. The end of an era and of 300 years of ironwork in the village. Actually if I confess, I had already imagined it to be an abandoned factory. Why else would there be cracked and boarded-up windows, gaping holes in the exterior…? A clutch of farmhouses with plots of garden behind them, and a brooding church looming high above the village, line up across the foundry.

Once, it would have been dark and grimy, a place enveloped by the sulfurous fumes of coal released from the ironworks. People in the hamlet of Coalbrookdale would have had great difficulty breathing in its sooty air, I would imagine. And yet there lay the beginnings of a dynasty of ironmasters, the Darby family who owned the foundry. But today it rests quiet and green, a hamlet marked by industrial cottages and elegant country homes where the Quaker Darbys lived. I did find an approximation of how it would have looked – through the painting of a Franco-British painter called Philip James de Loutherbourg. This portly artist toured England and Wales during the Industrial Revolution to capture the misery of the times in his paintings.

Back in the present, we passed by some old women in their wellies caked with mud — this made me look at my polka-dotted trainers in alarm. The unsuitability of my footwear was driven further home when it started pouring and I fell into a smelly bog — Adi laughing helplessly the entire way because the walk had been my idea and he found deep comfort in the retribution that fate holds in its fists. And it was not once that I tumbled into the bog. Yes, it happened again, much to the delight of my husband.

The day somehow (don’t ask me how) brightened, and the skies turned beautifully blue, but the smell, oh that ghastly smell, how it clung to me. That smell came back to me yesterday night, ripe and robust, along with the memories of our rambles around Coalbrookdale. 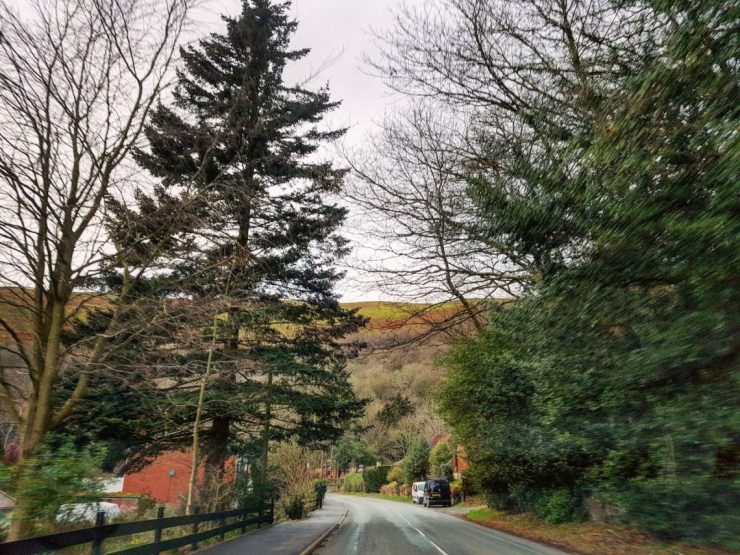 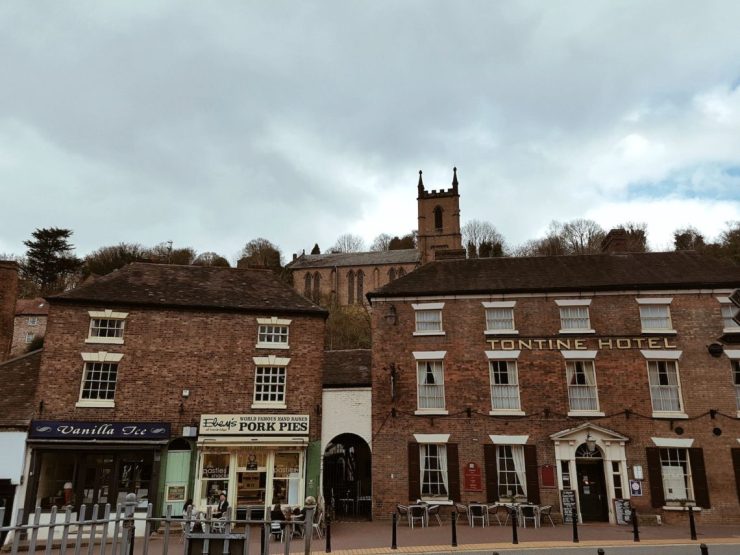 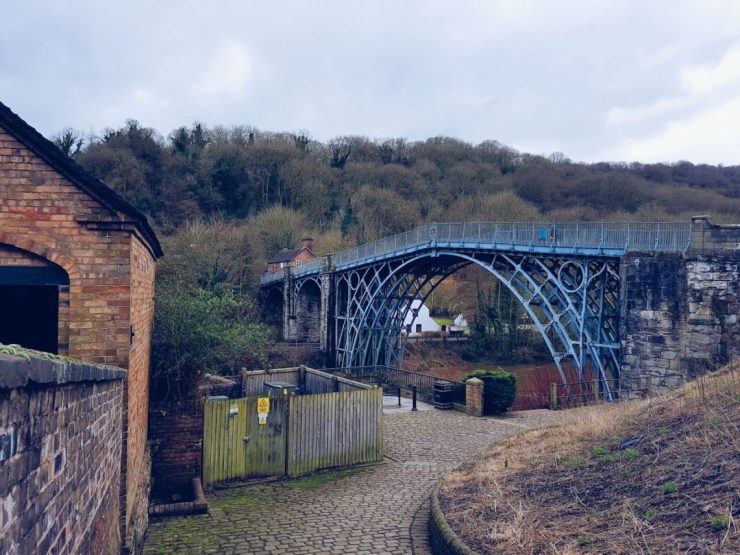 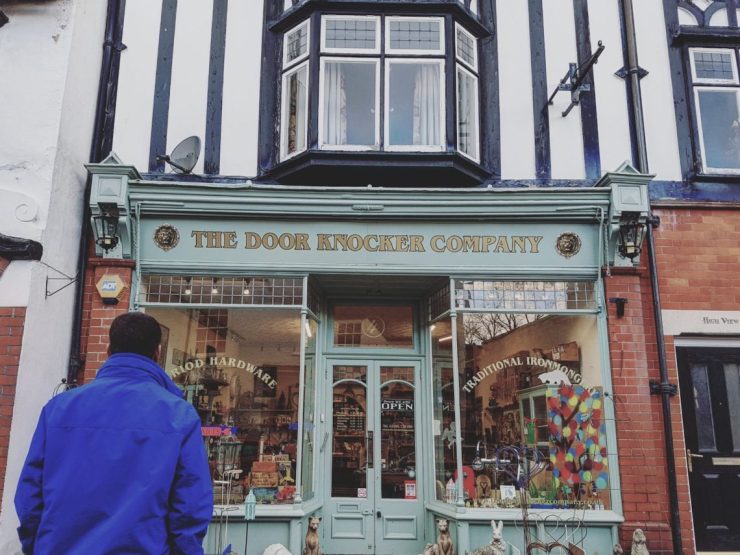 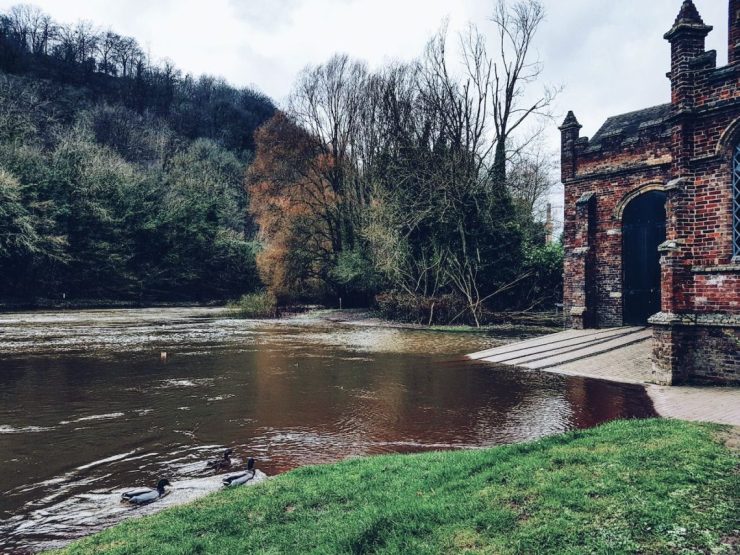 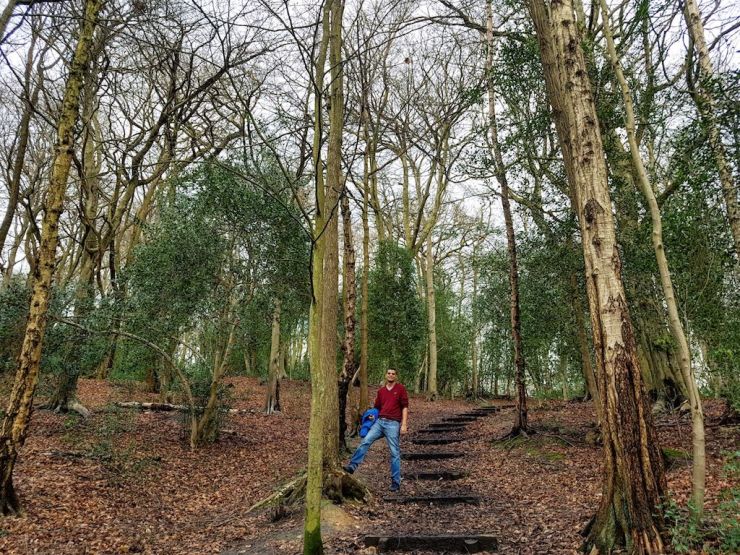 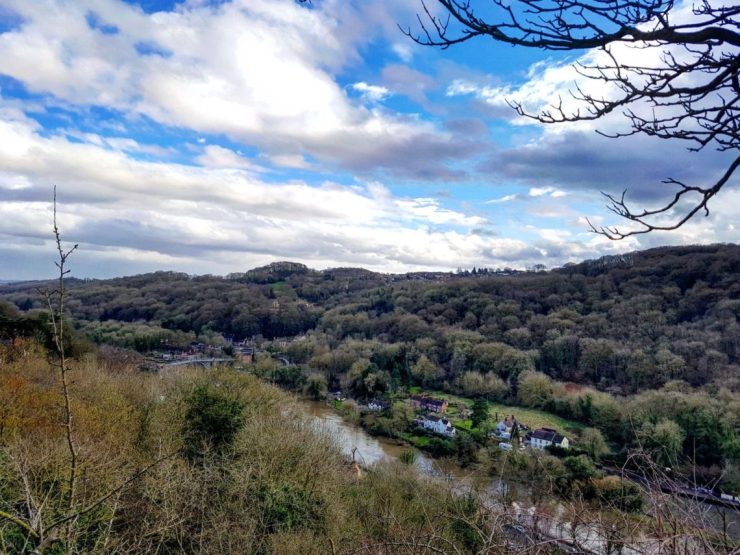