We are back in Rome. Soporific Rome with her unbearable beauty that squeezes my heart with barely contained pleasure, ancient temples and theaters lurking around every corner. It is 4.30 in the morning and I am wide awake because I am just so and Adi is patting me to go back to sleep but I feel like pouring my heart out for it is brimming. From arriving in a boutique hotel in the old quarters of the city where Pope Julius II had wanted his architect Donato Bramante, the Renaissance master, to design the Palazzo dei Tribunali, the city’s justice system. It was an incomplete mission. The stone seats of the unfinished courthouse remain as a quiet reminder of the gap between aspiration and attainment. Every master must have a few tucked into his kitty of achievements.

We walked around in the evening after an afternoon spent drinking Champagne with tuna and cream cheese canapes. The hotel surprised us, throwing in a couple of flaky pastries, their hearts filled with apple and cinnamon, some profiteroles and chocolates, because it was in lieu of the six years we have been married. Eight years made up of frustrating, quiet, joyous, unsettling and delirious moments. For life is such a wonderful concoction of the drama and the dull. One cannot exist without the other and really it would be tedious with only the highs to ride. There are nudges of mortality from time to time with close relatives shedding their mortal lives behind, reminding us that ‘time’s winged chariot’ is ‘hurrying near’, undeniable and as tangible as this plush hotel bed I find myself in.

The neighbourhood around us is networked by medieval alleys aged by the stories of the giubbonari (jacket-makers) who worked in one, the calderari (coppersmiths) in another narrow cobbled one, the baullari (trunk-makers), the cappellari (hat-makers) and so on. You get the drift. The many workers who served the wealthy who lived in the palazzi in the area. At the end of our street lived Raphael once. I doubt the streets have changed much, the faded pastel houses and shuttered windows silent witnesses to the life stories of generations unfolding within.

At an intimate osteria we stopped for a spot of dinner. Fine, rich Merlot fished off the high shelves of the establishment by its owner with a bottle grabber and presented with a flourish to go with the carciofi alla romana which is stewed artichoke beloved of the ancient Romans, grilled seafood, creamy pasta and succulent chicken cooked in sweet Port, his craggy face wreathed with smiles as we thanked him for giving us a table meant for four. He had turned away customers even though we were about to finish up and he said, “No hurry, okay? Food is to be enjoyed. You walked in, I liked you both and I wanted you to relax.” A small place filled up with his relatives, their large families divided between the old and young tables.

Simple flavours married together with a dexterous touch. Italian food in an osteria tucked into the quiet alleys of Rome with its unassuming charm and modest menu, a beaming owner keeping an eye on his diners, dropping by to chat in bits,…then pressing our noses to windows of antique shops, armed with giant cones of gelato and swinging by that great Baroque masterpiece of Gian Lorenzo Bernini, the Fontana dei Quattro Fiumi at Piazza Navona, fingers freezing and nose tingling with the sudden icy winds that swept through the empty square. A few locals walked through the cobbled square. The crowds of summer have melted away. Vine-clad walls of townhouses towered above us in the alleys, festooned by canopies of fairy lights, as we passed in the shadows of the chiesas and returned to our hotel room to fall into bed with jasmine tea and exhaustion. 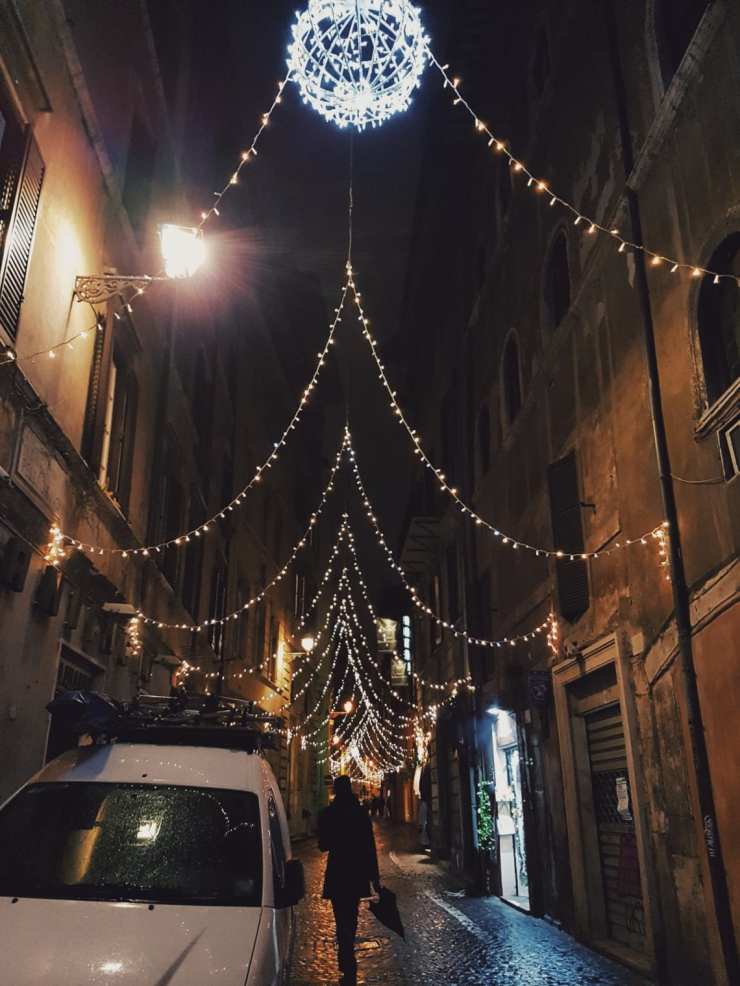 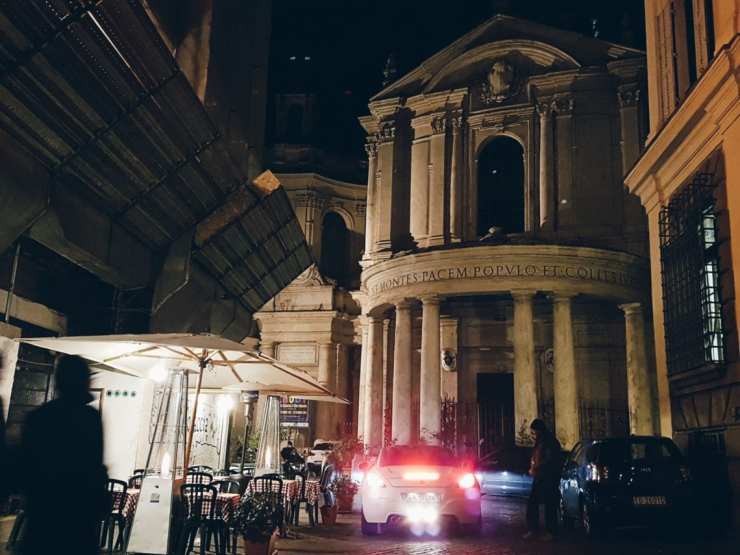 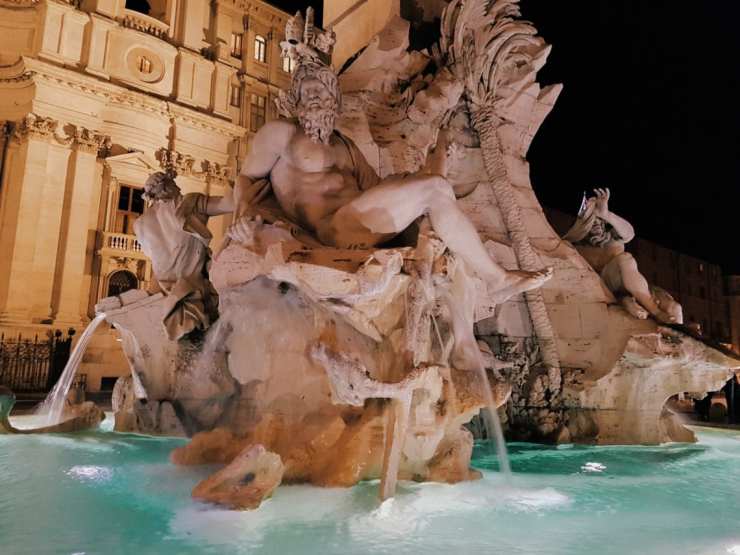 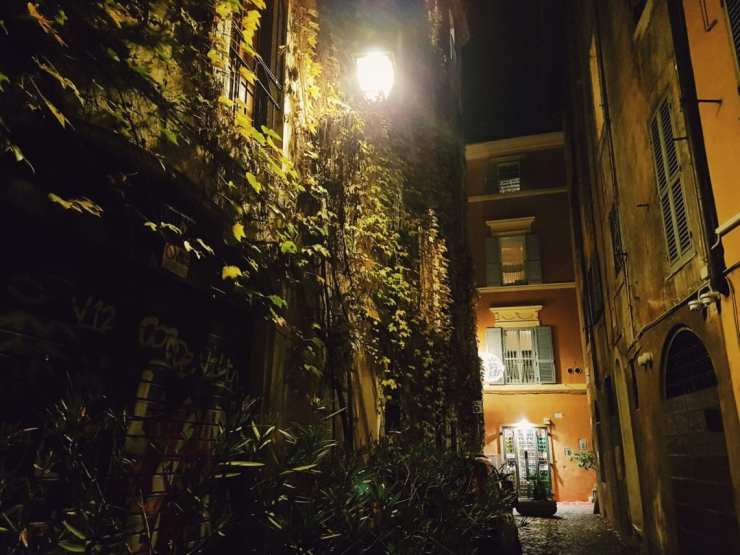 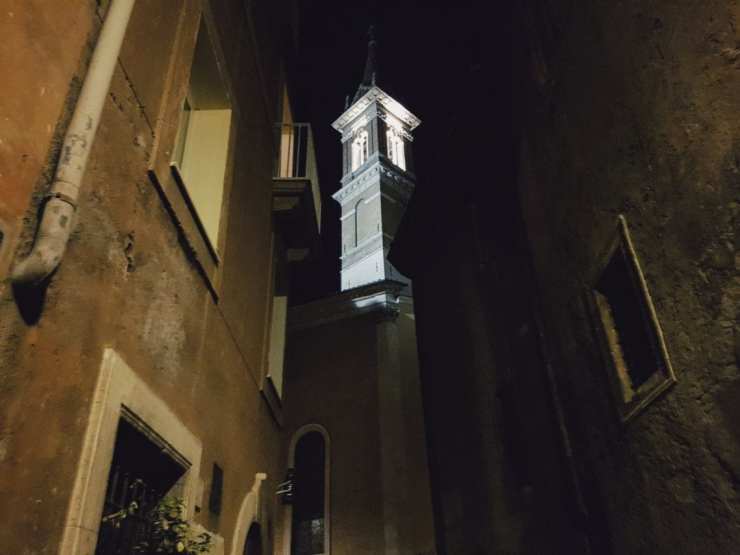 72 thoughts on “The Rome Diaries”