I saw Florence once again through the eyes of my love. In it, I found inordinate pleasure.

That was another time it seemed when I had caught the train from Milan to Florence in the spring of 2016. Though it was not quite long ago. I had set out on a walking tour with a middle-aged artist with a long, gaunt face, dishevelled hair covered by a tweed flat cap, his ample girth covered by a capacious coat that had seen better times. He had drawled about the finer points of Florence which could not be missed by the most absent-minded person that ever existed. Mouths gaped open then at the sight of the Renaissance magnificence that reared its head in a cluster upon the Piazza del Duomo.

The wonders wrought by the compilation of bands of serpentine green, red and white stones by Renaissance architects Brunelleschi and Giotto. Sculptors of the likes of Ghiberti and Pisano whose doors retain their arresting quality so that Michaelangelo declared Ghiberti’s doors of bronze to be the ‘gates of paradise’. Those gates lead inside the Baptistery of St. John where the mosaic clad dome blinded me momentarily with its flamboyance in gold. So that when I had stepped outside and one of those street artists, a pot-bellied jocular Italian, had grabbed my hand while streaming out words in Italian, I remember feeling bewildered, amused and seized by the urge to swat his hands off mine. My blank expression made him break out into bits of English and the mixture of persistence and perseverance was difficult to escape.

But this was now and Florence had acquired an added sheen of romance. Adi’s jaws dropped visibly as we walked into the Piazza del Duomo just like mine had. Soon his face wore a hangdog look as he followed me up Giotto’s Campanile. A steady stream of climbers made sure that we had to keep climbing. By the end of it, legs reduced to a jelly consistency, my darling flatly refused to subject himself to the same torture up the Duomo. His excuse was the 5pm ticket slot we had. ‘It will be dark by the time we are up on the Duomo,’ he insisted. I felt benevolent. I relented. You have got to choose your battles after all. There was a long walk ahead. I had planned to make him walk up the hills that climb above the city. We lunched at a cutting-edge seafood restaurant where the salted codfish made me want to trill. The dopey fellow who took our orders and messed it up did not however make me want to trill. Balance was achieved.

We were soon wandering around the Uffizi, staring at the imposing Palazzo Vecchio guarded by the copy of Michaelangelo’s David and Bandinelli’s Hercules and Cacus. We stood at the spot where the Renaissance preacher Girolamo Savonarola had been hanged and burnt, shivered at the thought, and Adi wondered aloud at the Rape of the Sabine Women. You see, when the first king of Rome, Romulus, came to power, the Romans wanted to marry the Sabine women. But the ancient Italic tribe did not agree and the Romans abducted the Sabine women. There might not have been sexual violation thrown into the fray, yet the event was dubbed so. The plethora of stories upon stories that lie buried within the old walls of Florence makes the mind whirl.

We found curious quiet once we had crossed the Ponte Vecchio, the old bridge populated by rows of jewellery stores spanning the River Arno. A bylane led us up and up and soon we were on cobbled paths lined by elegant old villas and olive groves, an old chiesa, an old man stooping upon a walking stick to pick his way carefully upon the cobbles. The silence of it broken only by the occasional Fiat that swept by us with great speed. The Italians are supersonic on their Vespas and Fiats.

Adi wondered if we were lost. I soldiered on with a determined look that relayed more confidence than I felt. The road not taken was taking its own sweet time. Yet how beautiful it was as it gradually opened up to a road that snaked past the gardens of Boboli and offered up views of Florence below us, framed by an army of green and golden trees. Words are always inadequate to express the beauty of any moment.

Later, after we had watched lovers embracing by the medieval defensive walls of Florence, traipsed through alleys in which leather shoemakers sat crafting hair-raisingly expensive shoes, peeked into shut antique stores and upholstery studios, gobbled up cake and coffee at a charming coffeeshop, watched a couple of men stop in their tracks to gawp at a woman running in shorts, we had a leisurely stroll by the Arno. Dusk descended upon our shoulders in rosy hues and an old man bicycled along the river with his arms entwined about his lover. There it was, that incredible feeling of love and belonging. We were caught in the bubble where nothing else mattered but that we were there together in the midst of the impossible beauty of that ancient city called Firenze. 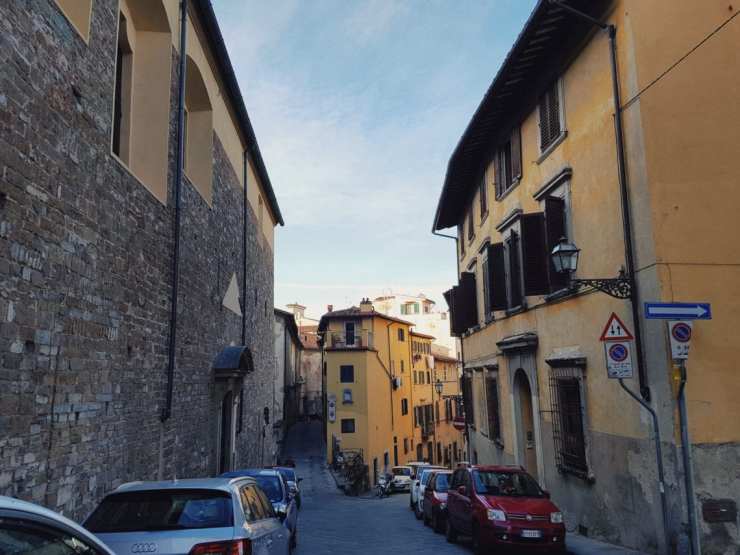 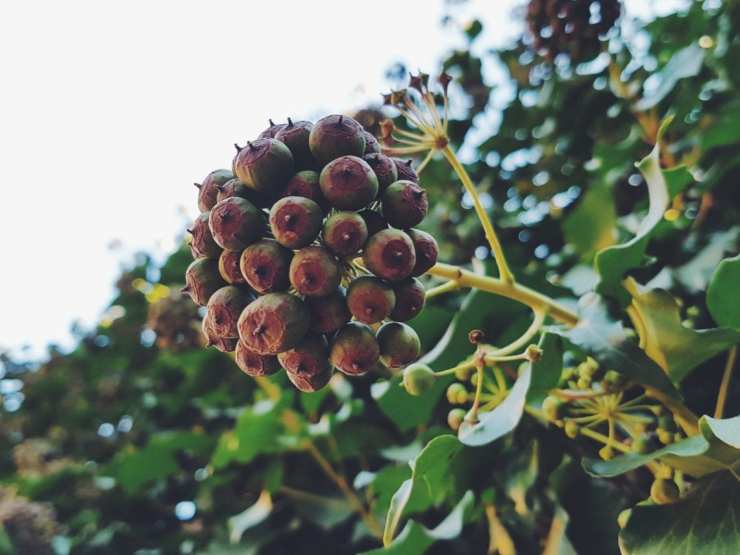 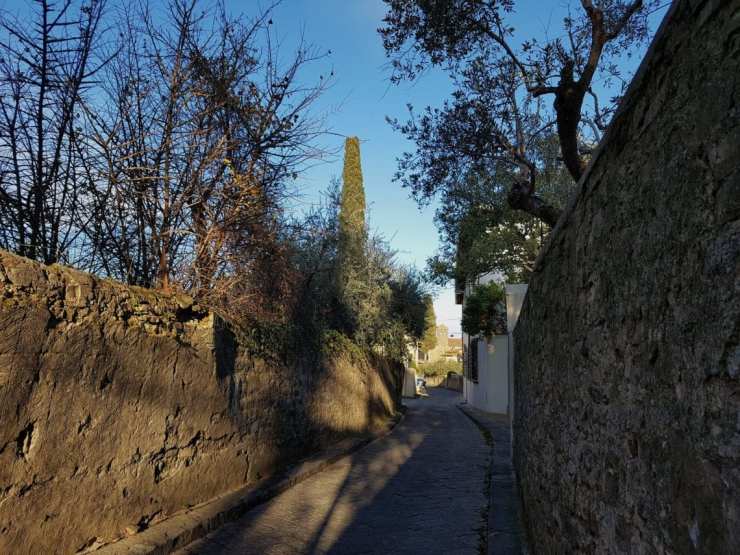 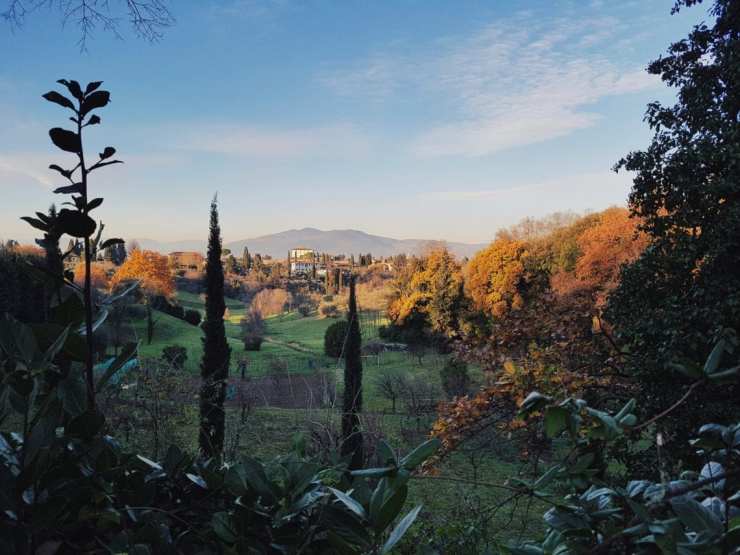 60 thoughts on “Romanced by Florence”