They live in Orgosolo, they say. But in the same breath they maintain that vendettas and violence have long vanished from the inland villages of Sardinia.

In the spring of 2015, around this time, a girl friend and I took a flight into Alghero. To land upon the island that sits in the middle of the Tyrrhenian Sea, surrounded by the Balearic islands, the Italian peninsula and Corsica, and yet is a world unto its own. A rugged land where the air is ripe with possibilities. Here there are no high-street chains for clothing and coffee stores, no concrete jungles to feel lost in, and certainly none of the big city lights. Pre-historic Nuraghi which are cylindrical stone towers dating back to the 1500 BC — preceding the Etruscan civilisation — show up instead upon miles and miles of green countryside framed by the limestone and bluish-green mountains of the Supramonte.

English novelist DH Lawrence described it as “belonging to nowhere, never having belonged to anywhere”. In this ancient part of the country, Barbagia, where the people lead rustic lives and shepherds make their living from tending to livestock in the wild interiors, the concept fits in with the precision and smoothness of say slipping your hands into the softest sheepskin gloves, that bandits should double up as heroes for the people in the villages. That the Codice Barbaricino, which is the Code of Barbagia, should be the mark of a life well lived, with honour. For, the right and the duty to preserve honour is everything here.

From Enza, who was in charge of shepherding us around the island, I heard about Graziano Mesina, a regular Robinhood kind of a figure in this part of the world. Mesina had decided to drop his former profession in favour of the tour-guide business. A bandit turned tour guide, heavens!

The next few words that issued from my mouth alarmed Enza and she decided that enough was enough. She would not have a pesky person broach difficult subjects. She said: “The people of Orgosolo eye all newcomers with askance. They do not talk about such matters at all. You see, they are protected by the bandits, and they in turn, protect them from curious eyes.” That screwed tight the lid upon the curiosity that welled up in this journalist old heart of mine. It takes a lifetime to wean yourself away from the only profession you have known all your adult life. And I was just starting to learn to keep my nose out of other people’s business.

In that village wrapped up in stories of bandits and vendettas — a local poet was shot in public as lately as 2007 as part of a vendetta — we sat in a large hall for a shepherd’s lunch. It was a rustic affair and one that was long–drawn, for whatever you do, do not under-estimate the appetite of the Italians. On rustic wooden boards, we were presented with fluffy rounds of pane, which is bread. We tore into the bread, pairing it with creamy ricotta cheese, pink slices of ham and pungent porcheddu (suckling pig roasted upon a spit). And sips of grappa, potent enough to make the nerves tingle and warm the insides with searing intensity.

I thought that was enough, till more appeared. Rosemary-flavoured sheep’s meat cooked with potatoes and pecorino cheese paired with pane carasau that was but a simple parchment of bread. Followed by refills of the local red wine. Our senses sufficiently doused in wine and grappa, we were treated to pretty desserts. They were fit for fairies to nibble on.

Suddenly the shepherds, four of them proceeded to a corner, huddling together with their backs to us. I was wondering about this strange sight when they broke into a song. The air rang with the resounding bass in their voices. The canto a tenore, a traditional shepherds’ song. The group of Germans behind us got up and danced in a while. The grappa and wine had done their job alright.

Now Orgosolo has more going for it than just its fame as home to the outlaws. Its hilly cobbled lanes are lined with old, dilapidated houses in pastel hues, their facades painted with political and Cubist-style frescoes. In the ‘70s, a Sienese school teacher and his students had sparked off a trend of painting political murals in remembrance of the Italian Resistance and Liberation from Nazism and Fascism. Now you can see these murales, telling stories in diverse styles. And if you have the time, why they will have a conversation with you.

Thus was I introduced to Sardinia. Through this small village that was once occupied by the Carthaginians, the Romans, the Byzantines and the Spanish. The village that has hospitality carved into its anti-authoritarian veins, where the bandits are shy despite their notoriety, where the men huddle together to sing songs that have been sung through the ages and where blood feuds are a cultural backdrop because this is where the people live and die, my darling, by an ancient code of honour. 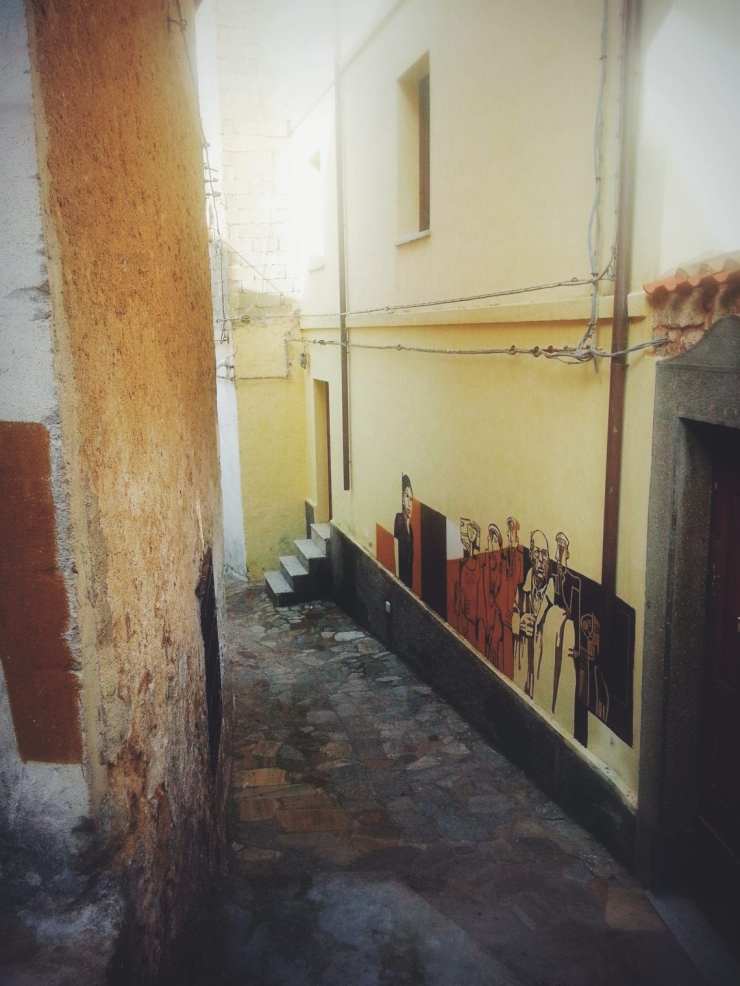 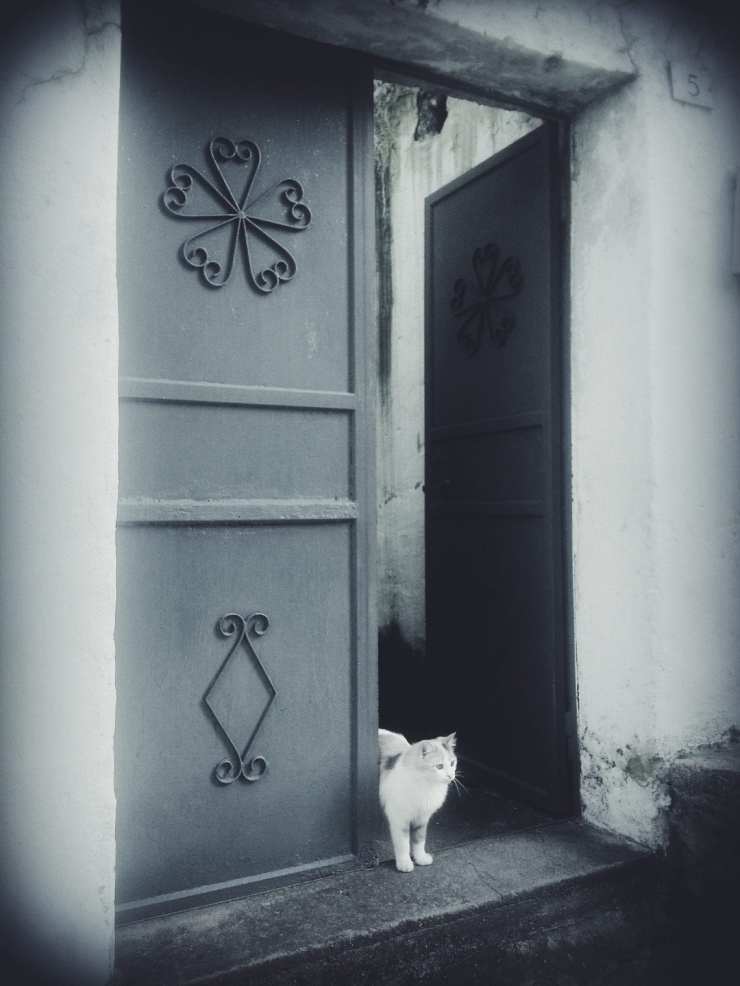 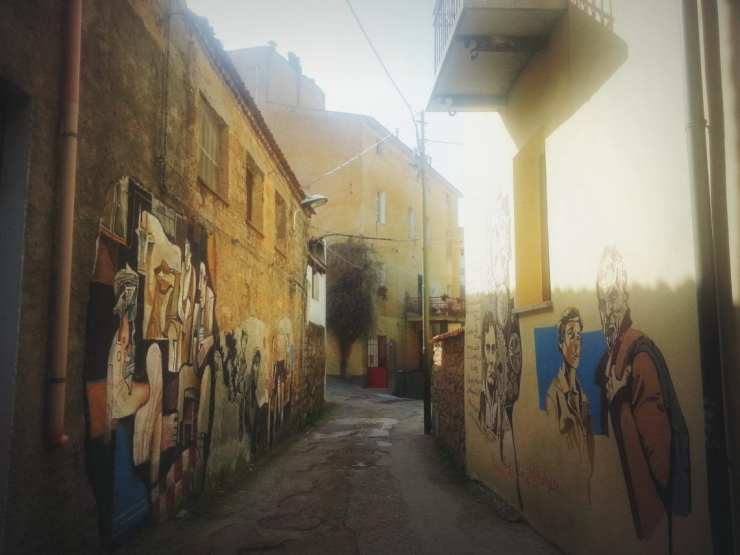 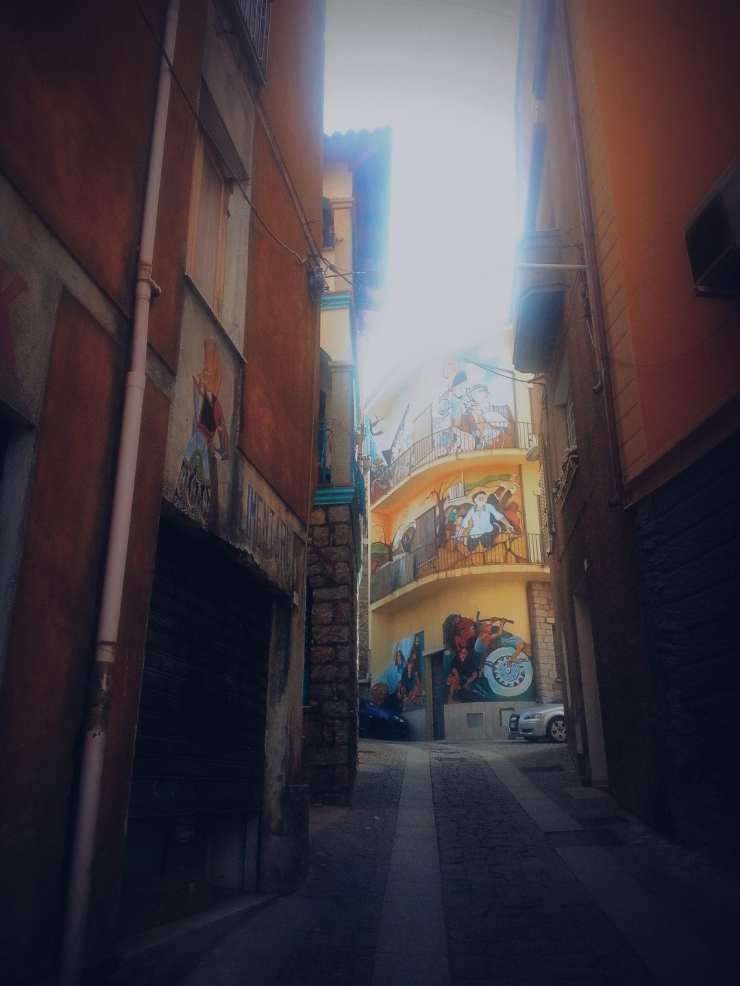 48 thoughts on “The Classical Bandits of Sardinia”