Summer has come in with a show of jazz hands. The days are hot, and the nights so lovely and soft, filled with breezes of pure delight and fireflies that twinkle and dim like their very lives depend upon it. The gentle warmth in the air has as if unlocked the ridiculously sweet fragrance of the Sweetgum trees in the park. Every night as I walk through the maze of tall trees, a strong scent cocoons the senses in the quiet of the night. A skunk skulks around in the dark and I look warily at its quivering fan of a tail. Would not do to spoil the peace of the night.

Which reminds me of the other evening when a friend accompanied me on my nightly walks. She shrieked hard at the sight of a skunk. I do not know who was more startled – the skunk or I.

Summer is the time to potter around and we have been doing so on weekends —  seeking the solitude of the small towns that flank the mighty Delaware. The river that the Lenape Indians called Lenapewihittuk. It means rapid river of the Lenapes. But I have found it to be a remarkably serene river for the most part. To pick your way slowly along the Delaware is to pave the way for bluish green hills and rolling farmlands (how they make me sick for the British countryside) which land you in the middle of surprisingly photogenic towns nesting along the river. Perhaps you remember Lambertville (there’s a separate photo op on it here) and New Hope. They are of the Delaware river town tribe that set us off on this trail.

Imagine here, towns with historic vibes, all part of the Lenape belt where the Algonquin speaking Native Americans lived. That is till colonisation took place and the settlers came in, hopping around, renaming places and rivers. Delaware, for instance, was named after a British politician, Baron De La Warr. Along with some heritage, throw in generous dollops of old architecture, art galleries, antique centres, decor boutiques, bookshops, and friendly folk — and you know it’s gonna be something special.

It turns out that the Raritan River, which is connected to the Delaware River via a canal, has its share of pretty townships. Like Clinton, a town in Hunterdon County in New Jersey, where we ended up in our quest for placid weekend rambles.

The main protagonist of Clinton is a red mill. The rest of the town is cobbled together with old houses built in ornate architectural styles. Plenty of balusters, gables, pilasters and porches there.  During the 1800s, travelling theater companies would make stops in Clinton because of its banging music hall. But all footsteps now lead to a couple of old mills there that straddle the South Branch of the Raritan River. I have a weak spot for barns and mills. The older, the better (but of course).

Under the sufficient glare of a June sun, we trod across the rusted grid of the truss bridge. On one side of it stood two picture-perfect mills, facing each other across the smooth spill of a man-made waterfall. A small flock of geese drifted around the waters and everything around was somnolent in the heat, like a picture playing out in slow motion. On the other side of the bridge, we watched an angler, submerged in knee-deep water, cast a fly rod into the mossy green waters. I wonder if he struck lucky. Meanwhile, people sat on garden chairs of some café that lined the pavement along the river – and I would like to think that they took cooling chugs of heady drinks to stave off the heat shimmering around us.

Now the Red Mill is the kind of place you walk into and get lost for the better part of an hour. The men behind its conservation must have put in enough thought to engage the visitor, for it is mighty easy to induce a snooze fest with so many details. It is when you recreate the lives and stories of people who worked and lived around the mill that it can spark off the imagination. The mind then latches onto the recreation of a lifestyle that was the only one the people of the age knew and lived. Several universes away from this modern world of ours where man has contrived to make life as divested of effort as possible.

A one-house schoolroom with its coal burner, small wooden chairs and slate-boards, the blacksmith’s quarters, the quarries where Irish immigrants must have slaved away to earn their daily bread, corn cribs and herb gardens, … life would have been tough and yet rewarding for the settlers who made a living off their surroundings. Just for those moments when I was peering into the schoolroom, sheds, quarries and log cabins, I was whisked back in time to the Smoky Mountains where the legacies of the settlers are everywhere, even in the mid of dense forests. Come with me into Clinton and have a peek? 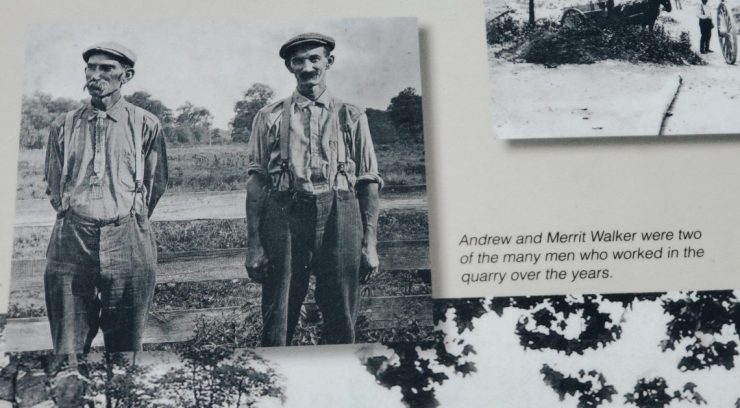 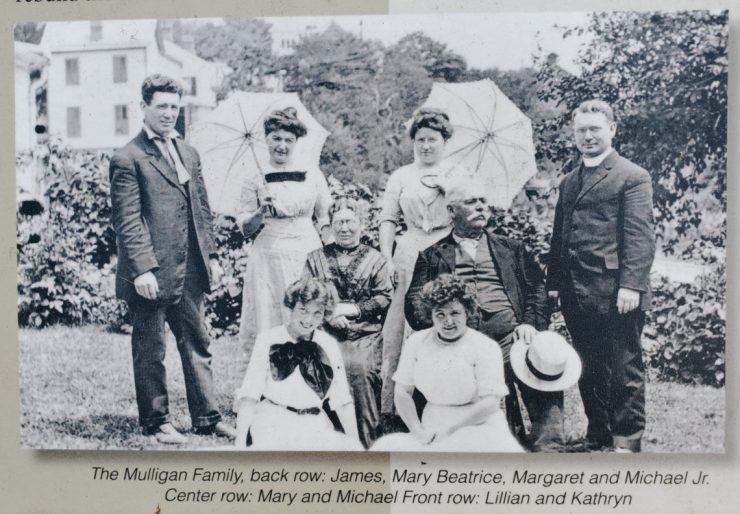 49 thoughts on “On the Trail of Bonny River Towns”