I have fallen for bright accents of colour on doors and windows of whitewashed stone cottages in Cornish villages, on the streets of Lisbon with the brilliant (and sometimes faded) blue of the azulejos, colourful house fronts and yellow, green and red vintage trams, in the gaggle of houses that climb up the cliffy villages in the Cinque Terre and then on the astonishingly vivid street in Stavanger where colours pop off wooden houses. But nothing had prepared me for the bursts of colour that greeted us in Burano.

The houses on the Venetian lagoon island had emerged out of a bag of M&Ms. The passage of time, I suspect, has faded some into pastel hues, but the lot of the buildings are Bright. All shades of blue, purples, yellows, greens, oranges, pinks. The Italian gods must have taken buckets of colours and poured them down with abandon.

In reality, the Roman residents of an ancient coastal town called Altinum, modern-day Altino, had escaped to the islands of Burano, Murano, Mazzorbo and Torcello seeking refuge from the attack of the Huns. That was in the 6th century when palafittes or pile huts were built on the islands on stilts to deal with the marshy quality of the land.

In times to come, the fishermen who lived here are supposed to have painted their stone houses in bright hues so that they could spot them from the lagoon when they were out fishing. If you land on Burano, you would know the improbability of the story because the houses flanking the green channel, which streams quietly through the island, cannot even be seen from the waters. Women, however, still sit in quiet corners and embroider lace and the random fisherman stands on a bridge contemplating upon the vagaries of life or why the fish are giving him the slip. Who knows? But you can certainly let your mind wander. There are no curbs there.

Add window sills with pots of flowers smiling prettily up at the sun and you know why Burano puts a silly smile on your face. 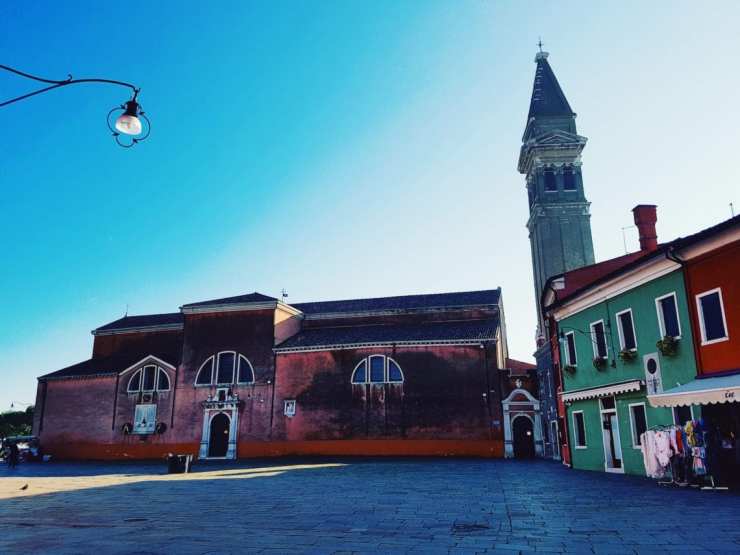 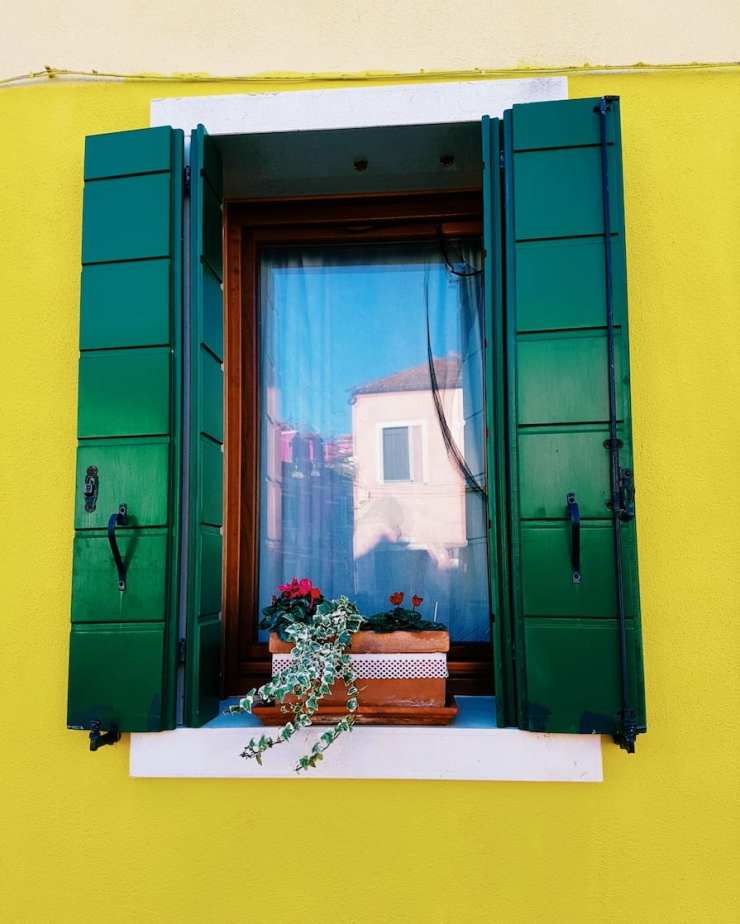 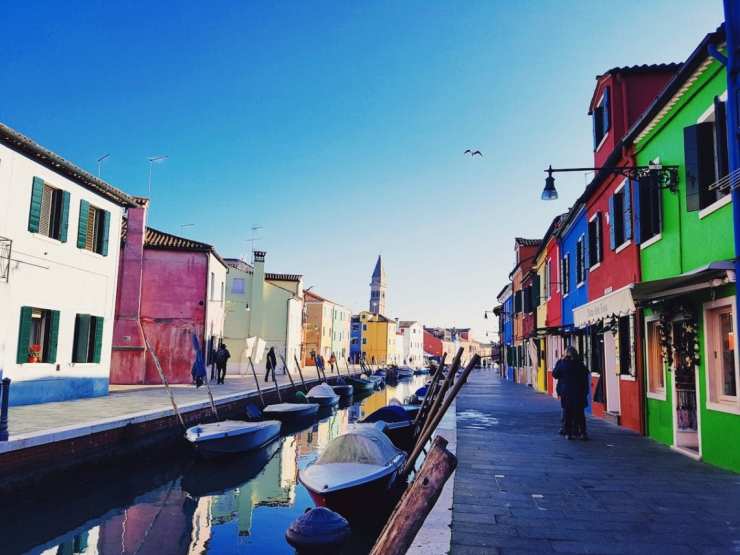 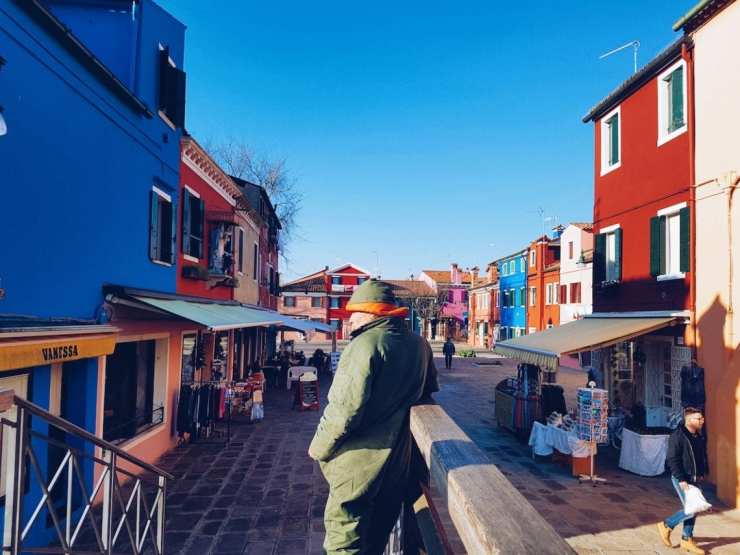 How to Get There: ‘Cos it is only natural that you should want to get there. The public water taxis to the islands near Venice are the most cost-effective way to see them. Plus I do not like the idea of being tied up with a tour operator and not seeing things at my own pace. Are you with me? If yes, then the Venetian public transport company ACTV’s lines start from vertically opposite from the railway station of Venezia S. Lucia.

Al Gatto Nero da Ruggero. Local eatery where fresh fish and pasta are dished up for a reasonable sum. Let this be your one stop on Burano. Later get a gelato or two from one of the few gelateria around the island (ref: my greedy husband guzzling two of them at one go).