A man with his riding crop sat astride a horse that trotted down the country roads and in his wake, a stream of cars crawled, waiting for the traffic in the opposite direction to ease before they could contemplate taking the jump and overtake the horse. Such are the sights that are common on the winding lanes and roads in the English countryside. It is remarkable by the very absence of any tooting of horns. You might waggle your head here, and remark in an offhand manner, tut, but it is the British politeness at work here. Or, it could be the rigorous driving tests that have felled many an able driver. Who knows, but there we were pootling along the roads that led from the Dartmoor Zoo into the national park within which it sits.

The Dartmoor National Park, at the very heart of the county of Devon, is sprawled over 368 sq. miles. Picture tracts of vast moorlands, honey gold in parts and russet with peat in others. Upon it, incongruously enough, a batch of evergreens show up, like they were planted overnight upon the moors for some purpose which escapes you. And then ancient woodlands, round-backed bridges, country lanes that are flanked by tall hedges  and roll into gentle hills criss-crossed by pastures and thickets of trees stripped off their leaves. An inescapable part of the scenery in the park are strange granite outcrops known as tors. They look primeval, and from far away, they put you in mind of the nuraghe, stone structures that show up in the wilds of Sardinia.

The entire length of the drive was a reel, a reel of gentle shots that built upon each other, till you felt that the heart would burst with the beauty around you. First off, there is this Pantone green hue to Devon’s countryside. A fresh neon shade that seems to reflect off the landscape.

Then there are those familiar sights. Narrow B-roads, boxed in by meadows that are surprisingly lush in winter, meandered through tiny villages. Roads that threw up comforting sights. Square towers of medieval stone churches, chocolate-box cottages with their thatched roofs and pleasantly pastel personalities, dense networks of bare branches smothered with moss and lichen that reached across the roads to link their digits and made natural arches. The wild moor ponies, the sheep bundled up cosily in their winter wool, fingerposts that pointed their fingers at villages like Princetown known for its forbidding 19th-century prison and literary heritage — Arthur Conan Doyle had conceived the Hound of the Baskervilles around its boggy moorlands. 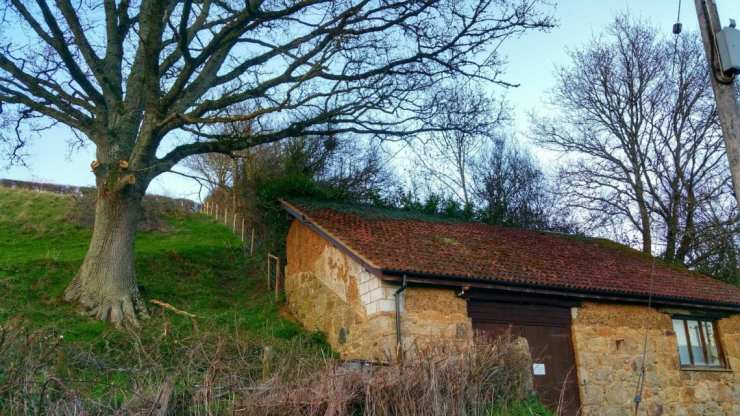 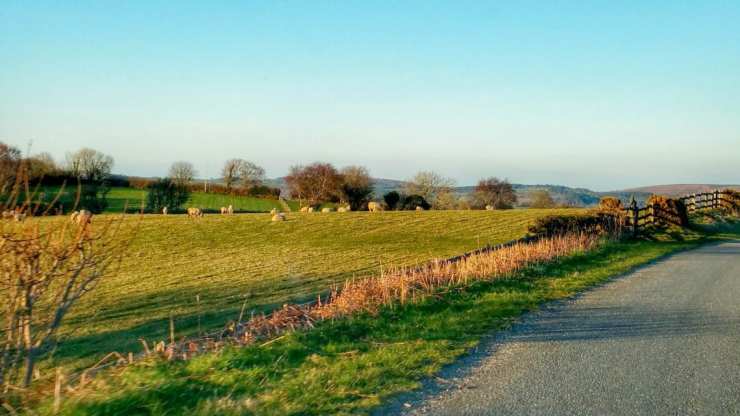 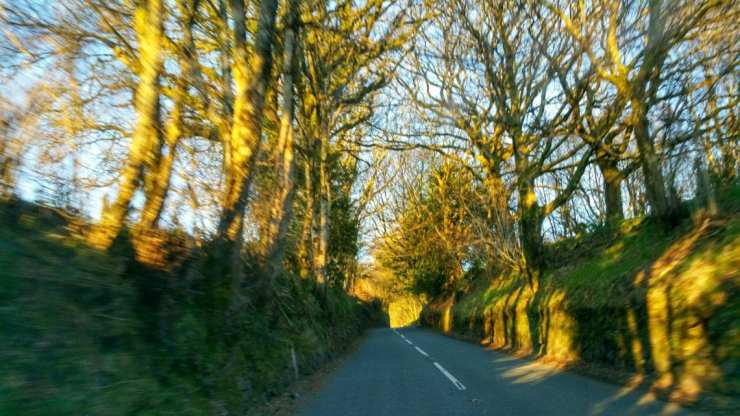 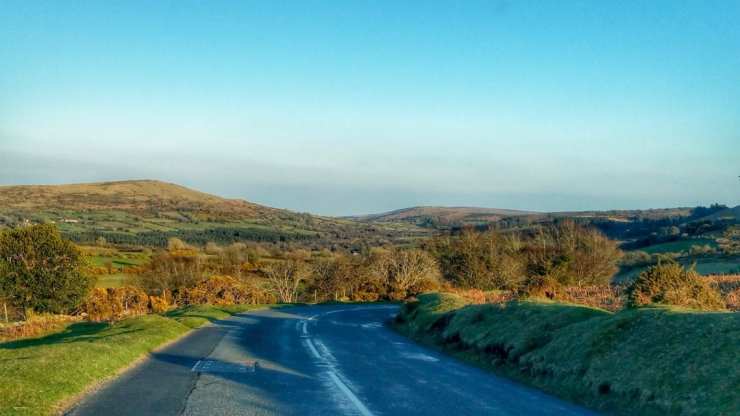 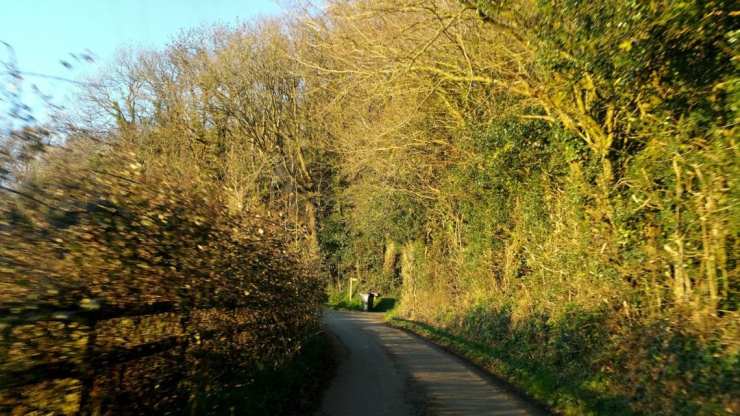 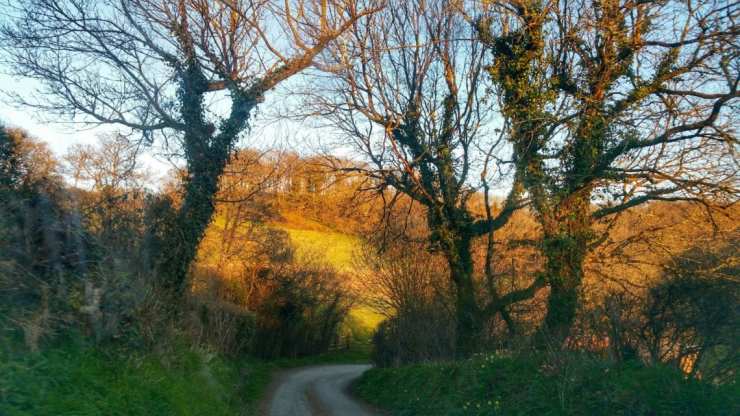 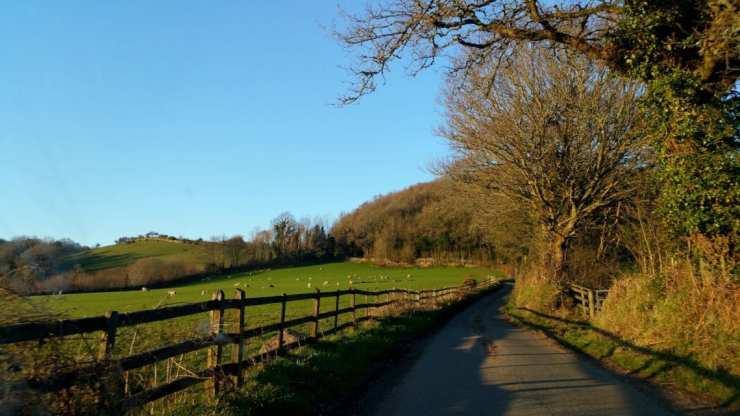 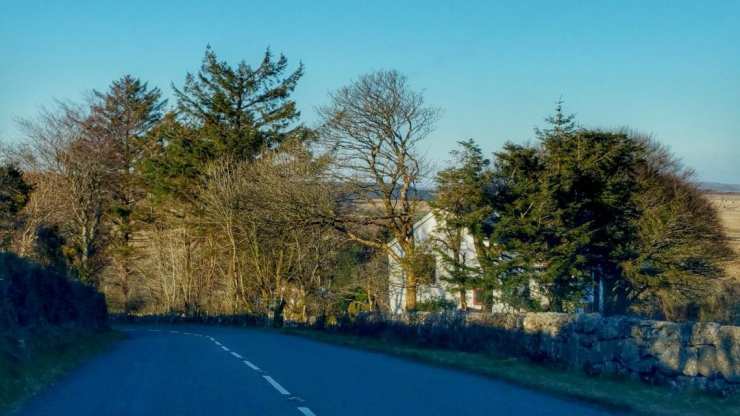 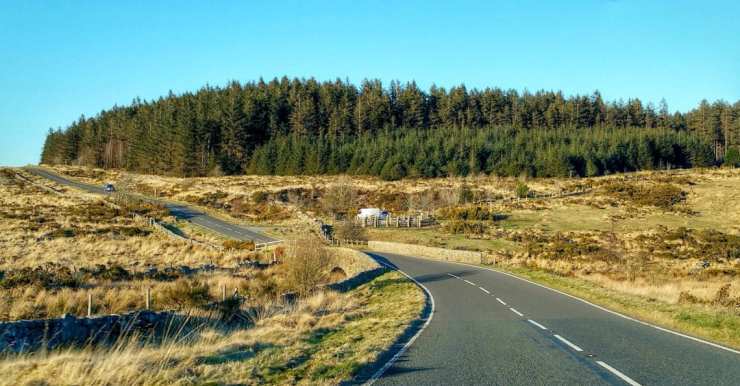 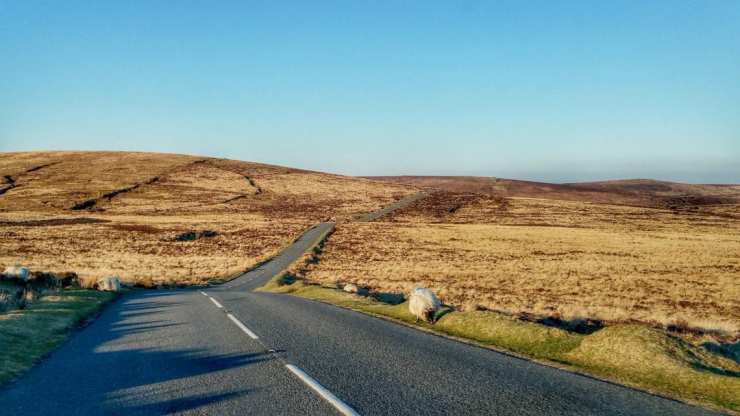 It is so damn easy to fall under this spell of the countryside in Britain, is it not? And echo Kazuo Ishiguro in The Remains of the Day as he notes: “…it is the very lack of obvious drama or spectacle that sets the beauty of our land apart. What is pertinent is the calmness of that beauty, its sense of restraint. It is as though the land knows of its own beauty, of its own greatness, and feels no need to shout it out.”

Come autumn – which by the way is in the air in green mountain country for clusters of trees, large and small, have started turning shades of rust and gold – and Vermont shall be aflame with brilliant oranges, golds and vermillion that should make the mouth hang open in sheer surprise. Here I go by my reaction, yours can be more muted or elegant depending upon your personality. I am also going by the photos I have seen of that colour-drenched landscape so far, yet I can imagine, and imagination is the bedrock of true pleasure. Those trees laden with colour and promises of what is to come showed up in fits and starts as we wound up and down, turned corners and crawled around the countryside in Vermont in our car.  It was cold, around 12-14ºC, and we were shivering in the late evenings because a jacket can do only so much for you in mountainous climes.

When the seasons change everything seems to fall in place so effortlessly. It is amazing how our moods are tempered by the advent of beauteous spring and autumn. That hint of softness in the sunshine, the trees responding in their own ways, wearing leaves or shedding them by and by, the pleasant nip in the air, … it is just the time for hatching plans.

We made plans too. For the trip. Three days and two nights are not a lot but one whole day at your command? You know what difference it can make. But what do you know, ‘the best-laid schemes o’ mice an’ men’ will go ‘aft agley’, so with precision ours went awry. Plans of hiking and making acquaintances with the boys of the forest fell through spectacularly. The second day of the trip, designated as hiking day, turned out to be trapped-in-a-washing-machine kind of a day. We were caught inside our car, and it came down relentlessly, that rain. We ran in and out of country stores in the small villages to soak up the warmth of cafes and antiques.

The mountains however showed up in that avataar which you can admire if you have a romantic buried deep inside you. Mist curling along the ridges of the smoky green hills, trails of it floating along the middle, rivers rippling with water that looked steely cold, the solitary man fly fishing in those waters in the dark grey evening, …it was like we had been whisked into another world.

Then we tasted the land. In generous lashings of maple syrup upon buttermilk pancakes, the fluffiest and best I have had in a long time at American diners which specialise in breakfasts. I could see why everyone in the diners and cafes were larger than life. They appreciate the goodness of pancakes and maple syrup laden with vanilla cream and butter. It came back to me then, Javon’s ultimatum, that I would slowly grow thicker around the edges. One day I would wake up and see a big reflection in the mirror. Thus it was that I got to impose a measure of self-control.

Now we have come back home with treasures from maple country. A bottle of maple syrup that is so flavourful that I can vouch for it with every fibre in my being, a small cookbook that doles out recipes on how to bake and cook maple-laden goodies, books acquired off shelves of antique stores, preserves and chilli butters and gourmet crackers and it seems just right that we are home now. To take a break from a weekend of going berserk and to plan more such weekends.

If you have been dreaming of Bruges, a guest post by a fellow blogger, dream on, and then may I bring you back to the Cornish climes? This post is about Meg, a border collie, her master Ed, a farmer, and new-born lambs.

Now The Byre is an atmospheric barn conversion in Lostwithiel, Cornwall (you can book it through Cornish Cottage Holidays). We had a fantastic bargain. For 8 nights we paid up £385 and Ed threw in a free night. Now no one in all our years of renting cottages in the countryside has been ever so kind as Ed. A free night! Egad. We had one more day of exploring the countryside in Cornwall which we cannot resist even if it means that we have to return home to Northampton bleary-eyed, post a long day of walks, and then 5-odd hours of driving.

Ed lives with his vet wife Nicki in Lostwithiel in a rambling farmhouse. They have a menagerie of sorts. A tabby cat who likes to lie flat on their guest bed and luxuriate in the fact that Ed’s son and girlfriend has just vacated its quarters, and then there are the two dogs, Meg and Gizzie. Meg is a border collie who does a fair bit of work in rounding up the sheep. Gizzie is a Jack Russell Terrier who was rescued by Ed and Nicki because he had too many brothers too deal with in his previous home and had therefore started to exhibit signs of aggression. You would not suspect his troubled past from his mien now. He is just a typical Jack Russell, as curious and friendly as they come. You have met both Meg and Gizzie, in a face off, in my previous post.

Then there are the couple’s flock of Shropshire sheep which seem to tick off on all counts attributed to the 1929 heritage description of the Shropshire sheep: “Alert, attractive, indicating breeding and quality, with stylish carriage and a symmetrical form, showing the true characteristics of the Shropshire.” I do not know about quality but they certainly possessed style *I hear your sniggers

In the lead photo, you see Ed feeding the lamb. That is not because he is trying to domesticate him. In reality, the little one’s mother had refused him milk so Ed has become his de facto mum and dad. When we left, Ed was trying to get him to join the flock who have 9 acres of land for their grazing and pooping pleasure.

Ed’s father owned a huge farm where he kept a herd of 200 cattle but dairy farming became a part of his history to be talked about because of the change in times, inflation and the fact that his son and daughter were carving out their own niche in life.

“Plus all my conversation was going to be centred around cows, you know,” said Ed.

The son is a communications press officer with a cricket board and the daughter is a psychologist. By and by, Ed sold off his farms and bought the farmhouse with Nicki where they lead a quiet life with their menagerie. They even keep bee colonies, where on a cold grey and windy day amidst a patch of berries, rhubarb and leeks, we heard about the intelligence of bees, how they can figure out ways of stinging you, apart from gazing at an ewe who had just given birth to twins. She was busy licking them clean even as red trails of placenta hung down her behind. You see, the placenta is not snipped off as in humans because they have their own ways of dealing with. They often eat it up if they are wary of predators around their babies. Nature surely equips her creatures.

But beware of Meg’s charms. She is no less of a Madonna. Everyday before leaving the cottage and after our return, we used to have a session of squealing and whining and crooning. There were long conversations between Adi, Meg and I. She had a fairly unladylike comportment, I have to admit, and about which I did berate her but to no avail. Having identified Adi as the Belly Rub Guy, every time she spotted him, she would start crooning, raise her hind leg, and in a brief second or two, lie upside down for her quota of rubs. If you do meet her, carry a big batch of belly rubs for her, will you? 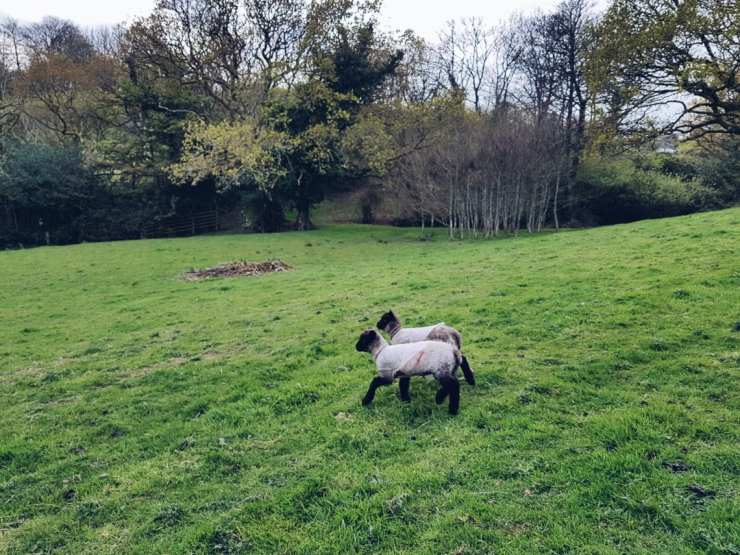