There is a small traditional fishing town in Cornwall called Mevagissey. I don’t know why but my mind meanders into its narrow steep streets that wrap themselves around tiny old cottages of cob and slate, maybe because it is a lovely sunny day here, and the waters of the Hudson are that calming shade of cerulean that makes you think of all things sprightly. In Mevagissey, Adi and I met a pasty lover. An English Cocker Spaniel who after bathing in the waters on a bright spring day filled with sunshine had pattered in with a pasty in his mouth, looking quite so solemn. He brought humour to that musty shop we were in, brimming with old camping junk and odd ends, old compasses, rusted lanterns, war memorabilia, grouchy old man behind the till.

Mevagissey named after two Irish saints is a modest place where you trudge up a maze of streets that taper up and down, past boutiques, cafés and chip shops. Locals still make their living from fishing, carrying on the legacy of fishing that has been part of its history like Looe which eked out a living from pilchards and smuggling. Pilchard was its backbone to the extent that pilchard oil lent electricity to Mevagissey which happened to be one of the first among the villages in the county to be thus powered up.

The surprise waiting for me in the village was a 18th century building on the harbour that turned out to be a small (and free) museum. A long time ago in that building — the roofs of which were constructed out of beams acquired from smugglers — they would have made boats for smuggling and repaired them. The passage of time has lent it a more sober personality as a museum where it documents life as it would have been in the village in times bygone. You tend to gawp at a different mode of life, a more simplistic one that you would have probably read about or imagined. Great oak beams, a big hearth that would have been warm once, cloam oven and butter churn, barley thresher and cider press. Trappings of another age and time. Oh and how delighted was I to find out that I was in the village that was home to the founder of Pears – you know that oval glycerine soap we all grew up with.

The harbour on which the museum stands is the nerve centre of all action. From it the aforementioned narrow alleys radiate into cliffs hugged by the rows of cosy cottages. Now, drama unrolls with great lucidity before the eyes if you find yourself on the harbour. Courting couples, fathers dealing with tantrums of lads aiming to challenge fearless gulls strutting around for a nibble of your meal please, families sitting along the edges of the harbour with their large polystyrene boxes stuffed with fish and chips, the motley crew of sail boats waiting patiently in the inner harbour.

The end result of the tootling around Mevagissey is that your appetite works itself up, gunning for a huge pasty or fish and chips. You know which it would be. I would peg it on peer pressure (all those people dipping into the contents of their boxes) and a heady mix of aromas wafting out of the doors of the chip shop. For along with the salty smell of the sea hanging thick in the air, you have to cope with those whiffs, or just capitulate. The tang of vinegar and lingering notes of fish frying. Surely you can smell it…

Atop the cliffs of the Roseland Peninsula, I sit on the ledge with the wind in my hair and  the Celtic Sea below me. Had I taken a few hefty steps back in time to let’s say the mid 1800s, I would have peered and spied upon smugglers at work. And wondered if I might claim a share of their loot of French brandy. That is the kind of contraband these smugglers – who doubled up as fishermen –  stored in the cellars of their farmhouses in the village of Portloe.

The scene was serious here on the Roseland Peninsula so much so that Customs had to maintain a strict watch here. I like the ring of the name Portloe which seems to have been a variation of the Cornish word, Port Logh, meaning ‘cove pool’. When you climb down the steep cliffs and reach the valleys, you see the protected cove that gave it its name and you will see how it is one of the most charming villages in Cornwall. Once a busy pilchard fishing village, it has now been reduced to a quiet one where just about three boats work the seas, returning with a haul of crabs and lobster.

We sat in the old Lugger Inn for a while before we set out on the coastal walk to Portholland. The bummer is that we did not complete the walk because we were a bit late for it, so we quit after halfway up (even this took the better part of an hour with some steep stretches thrown in). Someday we shall do the entire stretch and more.

But the walk just gives and gives.

If you are singing aloud thinking there is no one to hear your hollering, apart from the husband who signed up for it when he married you, look out for the old lady sitting quietly around the bend on a bench hidden from plain sight by overgrown foliage.

Besides the occasional old lady, we saw a man fishing from his perch upon one of the cliffs that meet the shore at some point, and possibly his partner resting on the rocks above him. It made for a peaceful picture.

You can well imagine then that Portloe remains one of my favourite hideouts in Cornwall. I visit it often in my mind’s eye when I crave for the sight of those blue waters, the feel of the wind in my hair and some solitude. For there, you can wander lonely as a cloud. 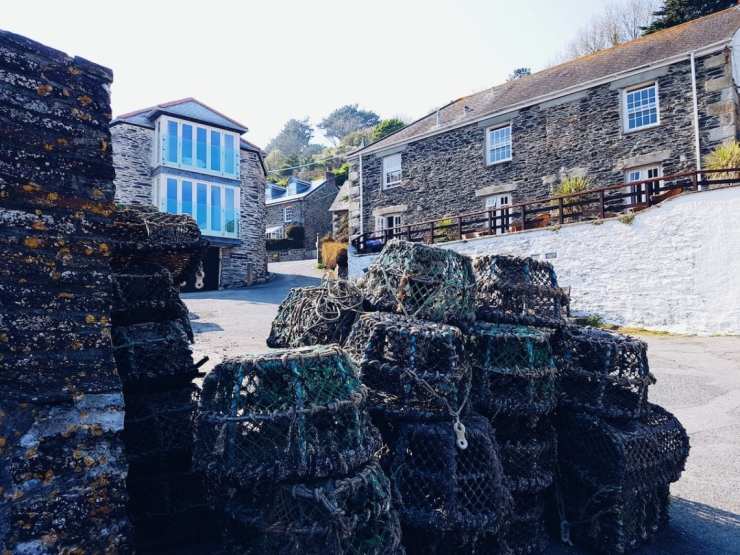 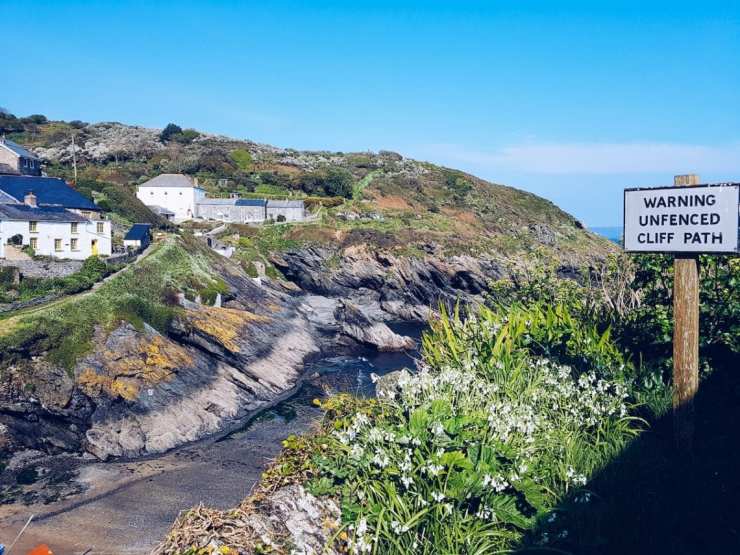 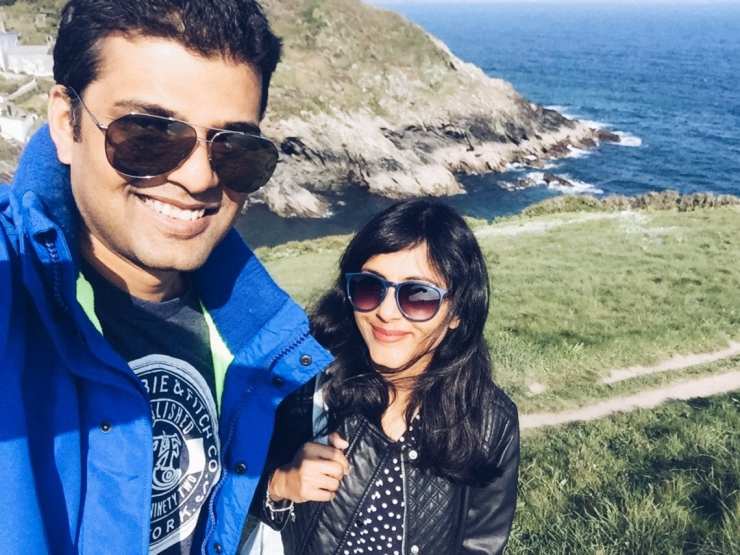 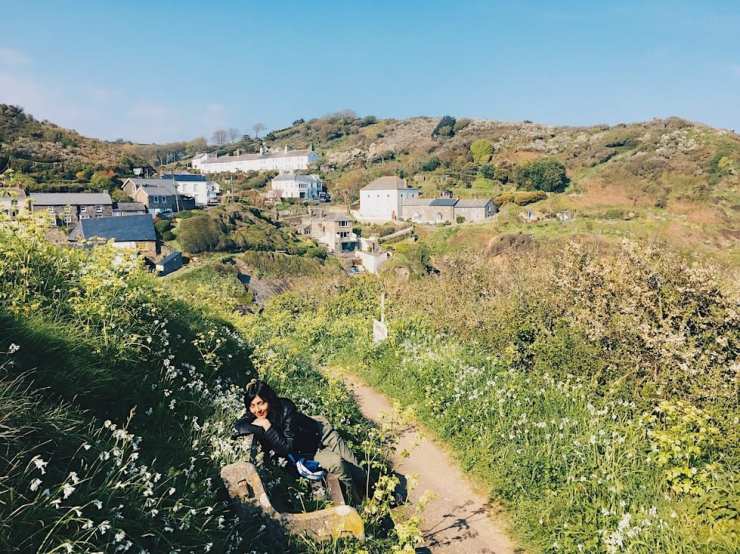 Lugger Inn (www.luggerhotel.co.uk). A room at this 17th century inn will cost you upwards of £147 per night. But it has gorgeous views and a restaurant where you can tuck into the local produce.

Cove Cottage. You can book this beautiful cottage with the blue panes by the harbour through Cornwalls Cottages (www.cornwallscottages.co.uk). Prices start at roughly £110 per night for the three-bedroom cottage. But they are booked chock-a-block, so consider booking in advance. The early bird here catches the proverbial worm and what a worm this is.

Circular walk from Pendower Beach to Veryan. The story goes that you will pass a spot in Narehead where lived a fisherman, not quite happy in his marriage. Once a week he used to lower his boat into the waters to visit his wife in Veryan and take her a booty of fish.

Walk the coastal path to the cove at Portholland.

Circular walk from Narehead to Portloe. On the path you will spot a Cold War nuclear bunker and a reef called The Whelps because many a ship met its untimely end there.

In the fishing village of Mousehole in West Cornwall which falls understandably within the Cornish area of outstanding natural beauty (AONB) zone, a maritime festival takes place every two years from which I have culled the title for this post. A photographer called Paul Massey (poor thing shares his name with an English criminal gunned down in 2015) describes it as an incomparable experience. He notes: ‘To watch as the harbour slowly fills with wooden boats is almost akin to time travel. It reminds me of the old sepia postcards showing the Mousehole fleet of fishing luggers lying abreast, hauling canvas and pulling on cordage. The sights, sounds, and smells all mingling to evoke a very different and romantic era. It is a photographer’s dream. When the boats leave to race in the Bay, with St Michael’s Mount in the near distance, it sends a shock of excitement through even the most hardened land lubber.’

As we entered the village I wondered if foxes strutted about its narrow streets. One of the house owners is supposed to have sighted a fox cub family and named her cottage accordingly. Cottages built with local granite huddled around the alleys. Flowery gardens and rustic garden sheds popped up alongside, and to my delight, pasty shops and galleries too. One of the shops sold candles which promised to make your room smell of the sea. Then came the part of looking at the price tag which succeeded in making the whiff a shade less potent.

Families sunned themselves on the beach and children went about their serious tasks of building sand castles while girls with pigtails were told off by their fathers in a serious grown-up voice about something or the other – no baby talk here. The village seemed to be protected from the onslaught of the sea by two sturdy breakwaters that popped up on the harbour as a clutch of boats floated upon shallow waters that gleamed in jewel tones of turquoise.

Mousehole – pronounced ‘Mowzel’ please – with the distinct lack of crowds made us feel like it was our personal romping grounds. Did the poet Dylan Thomas comment therefore that it was the loveliest English village? I am sure the Cornish might have had a thing or two to say about being called English.

But do not be fooled by its present unassuming self. Mousehole was once a port of distinction along with nearby Marazion. This was until the 16th century when a marauding band of 400 Spanish men razed the village to the ground – the backdrop to this was the Anglo-Spanish war of 1585-1604. Only one house remained standing and that was the pub, the former Keigwin Arms, which remains but is no longer a pub. On it is a plaque that informs you that ‘Squire Jenkyn Keigwin was killed here 23rd July 1595 defending this house against the Spaniards.’

Now if you are into Stargazy Pie, that Cornish dish which has seven fish heads poking their heads out of the crust to say hello to the eater, this is its birthplace. Every year on December 23, an enormous Stargazy Pie is baked to honour the memory of a local resident, Tom Bawcock, who braved the stormy seas and rescued the village from famine by returning with a haul of seven kinds of fish. Below you shall find examples of its charm. 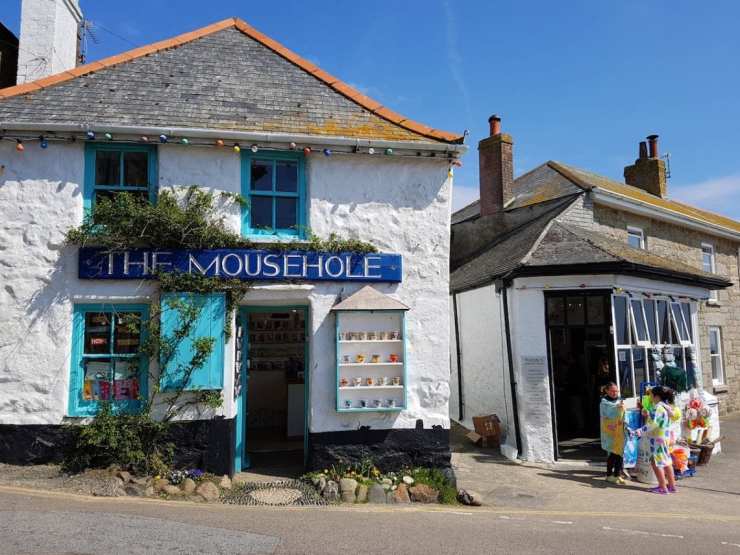 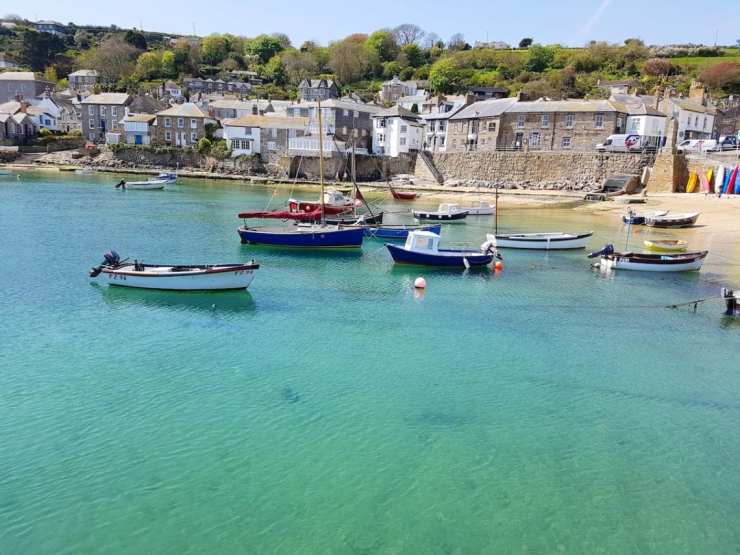 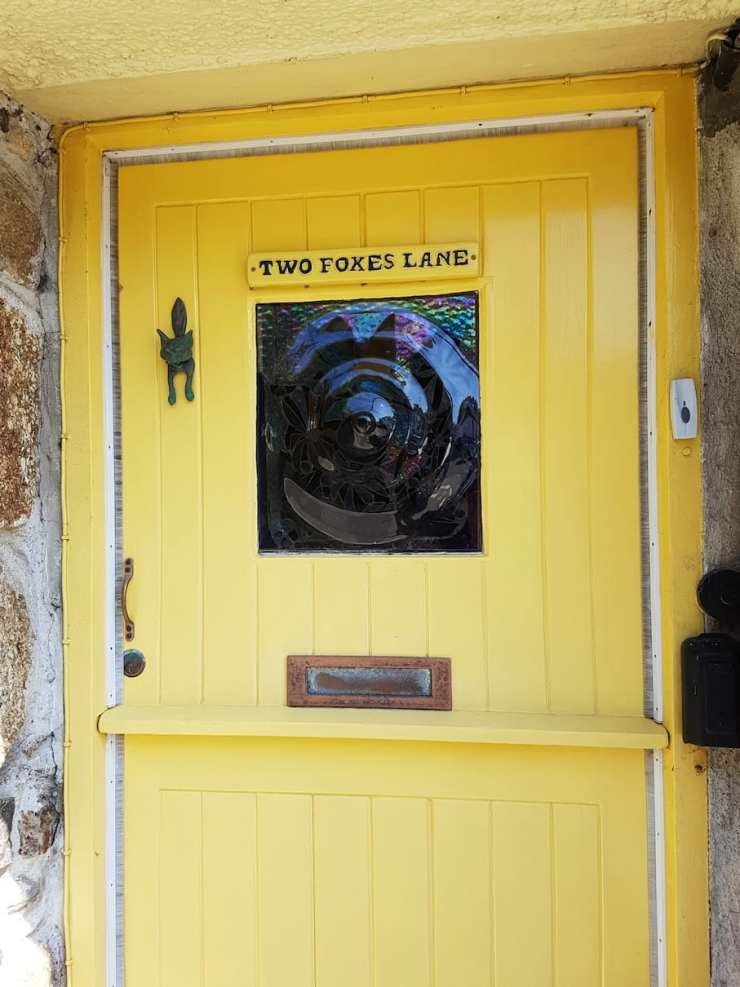 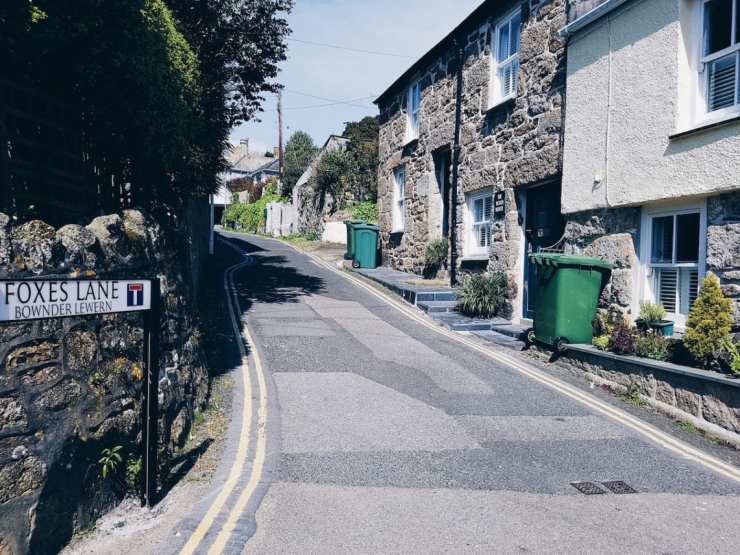 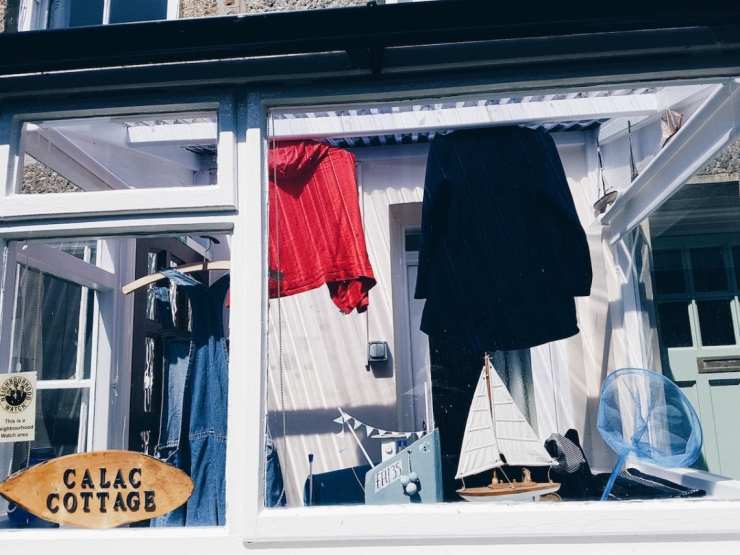 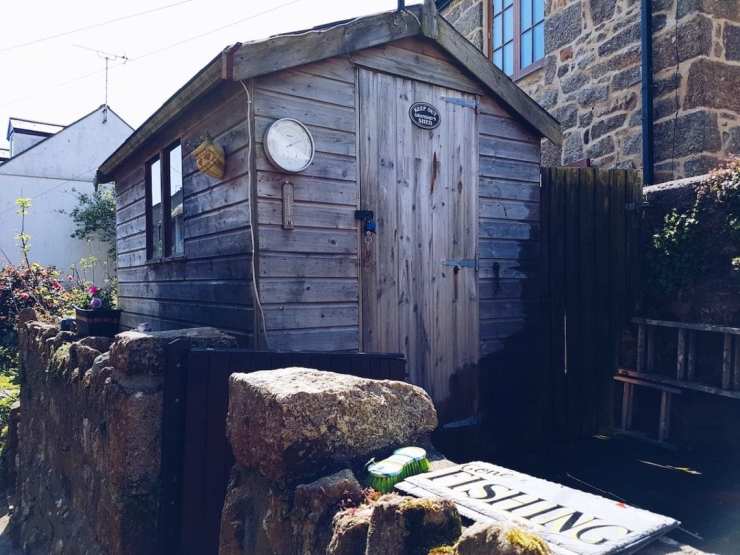 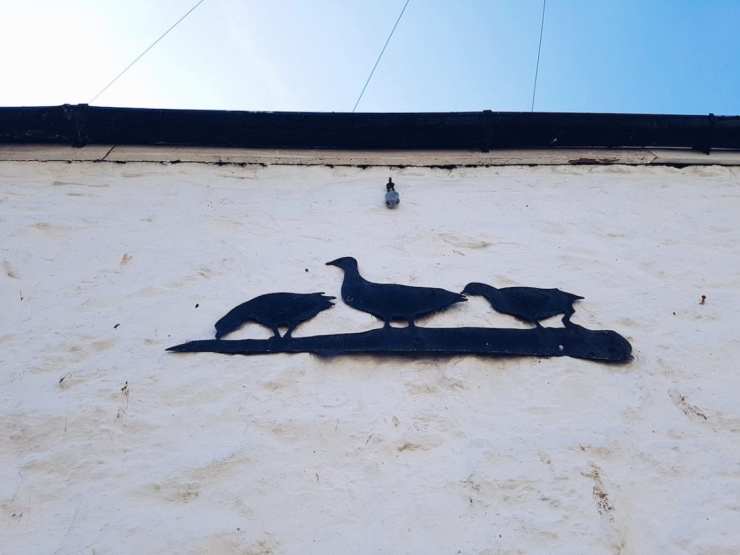 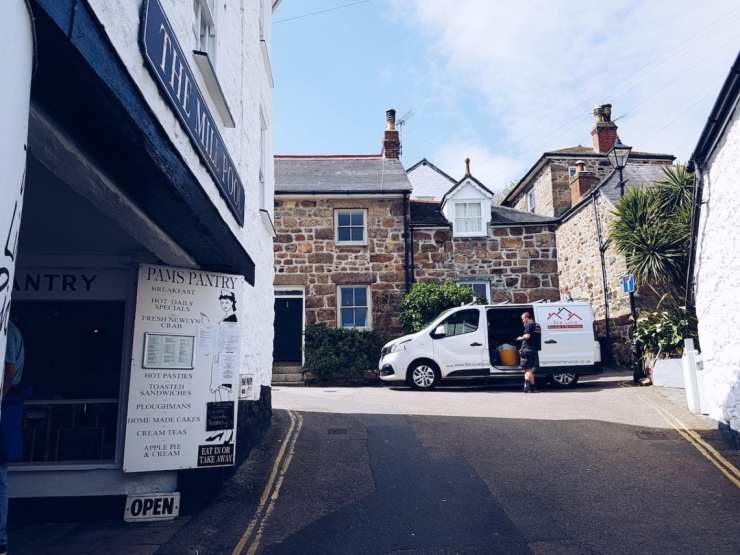 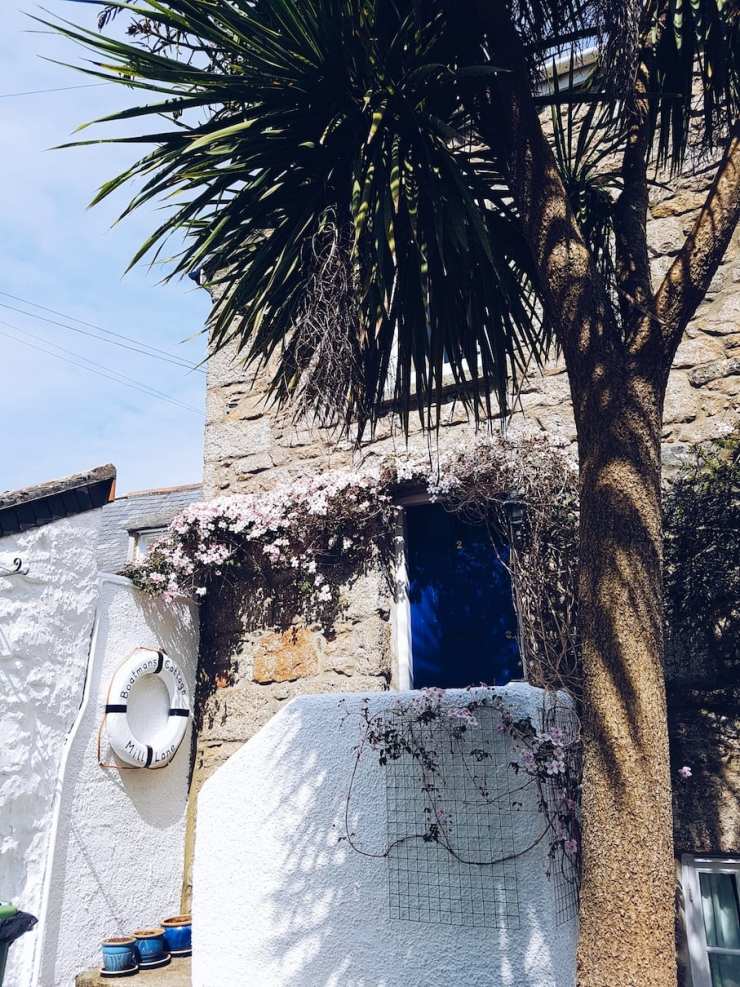 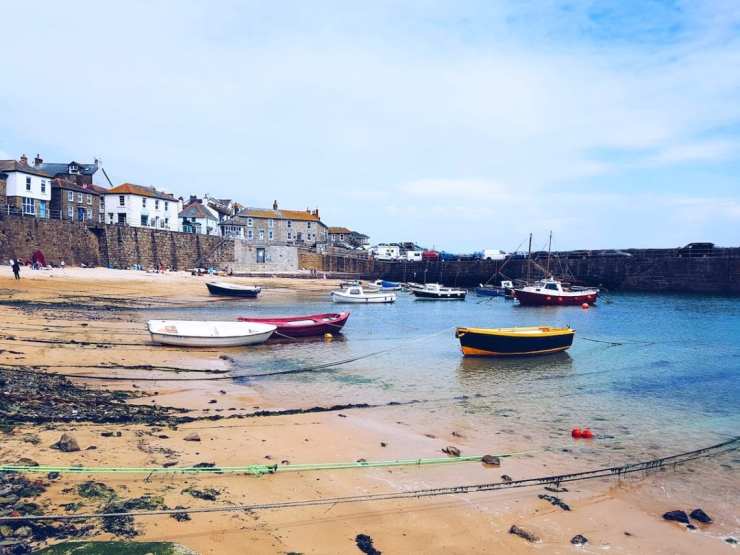 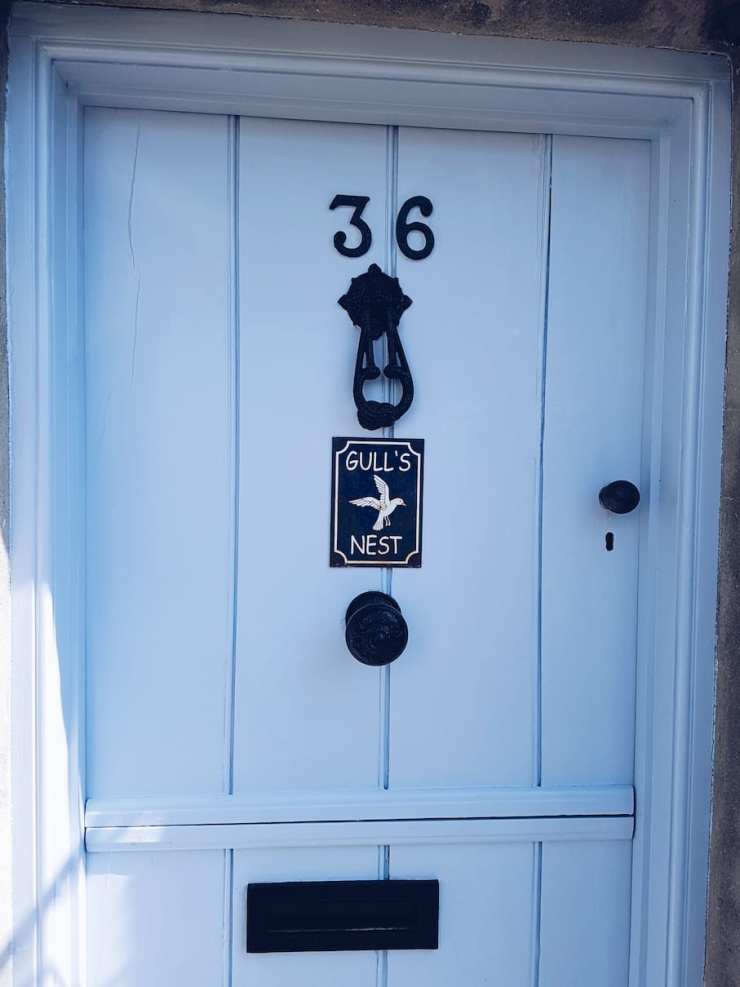