Two old biddies man the desk at the entrance to the Norman Rockwell museum. Shivering and nattering for it was a cold morning, the morning after it had rained incessantly the day before, and you know how it always feels colder inside these old buildings sans heating.

Down Route 4, a two-lane highway snakes its way through Rutland marking its way through the green mountains that lead you to Killington. On the sidelines of that scenic route dotted by its plethora of old and colourful houses, you spot a signage with foliage creeping up its feet announcing the presence of the museum. Rockwell lived an hour from here in the ‘heart of the shires’ in between the towns of Manchester and Bennington, in a small community called Arlington that sits upon the banks of the river Batten Kill. Southwestern Vermont, to be not so precise. ‘Now my pictures grew out of the world around me, the everyday life of my neighbors,’ Rockwell had remarked upon his move to the quiet town.

Rockwell is possibly the best known of all the artists that America would have sprung upon the world in the 20th century. The native New Yorker who was born in the late 1800s to a family that in his own words was ‘substantial, well to do, character and fortunes founded on three generations of wealth’ – Rockwell had an epiphany early on about his calling in life. He drew and drew because it took his mind off his ‘narrow shoulders, long neck, and pigeon toes’. By the age of 18, he had a full-time job of illustrating for magazines. Boy scouts and covers for the Saturday Evening Posts were probably the most important themes that his artwork revolved around in the initial years.

When this New Yorker moved to Vermont did it mean that he started painting the brilliant autumnal colours of the New England vista that unfurled before his eyes, before his very windows? Nah. It was the mid-40s when he had made the move, the crucial WWII years during which the artist painted his iconic work ‘Four Freedoms’ based upon the ideals of freedom. To speak, to worship, liberation from fear, from want. Yet he portrayed them through the common man. His neighbours. Their rituals. Scenes from an average American life and the great American dream. Those are the scenes that wooed me as I walked in ultra-slow motion through the two wings of the building, chuckling with the man and his subjects, for even though there is humour in spades there, it is gentle. For sneers do not melt the butter and empathy with your subjects can only endear you to the reader/viewer.

And then Adi, who within half an hour had zoned out, wanting to break out already into the arms of the day that was slowly brightening up under the rays of a reluctant sun. In museums, they should reserve a room for those who want to nap or take a break, don’t you think? I would safely deposit Adi there and spend hours basking in the glow of art till my brain hollers for a break. Till I start to feel the pricking of, as Emily Dickinson so aptly wrote, ‘a Funeral, in my Brain’. Adi had at any rate got there before me. But then the fates conspired with my husband. A busload of Russian tourists took over the museum and they refused to give way. Loquacious. Loud. Funeral in the brain alright. Scuttle. Unwillingly. 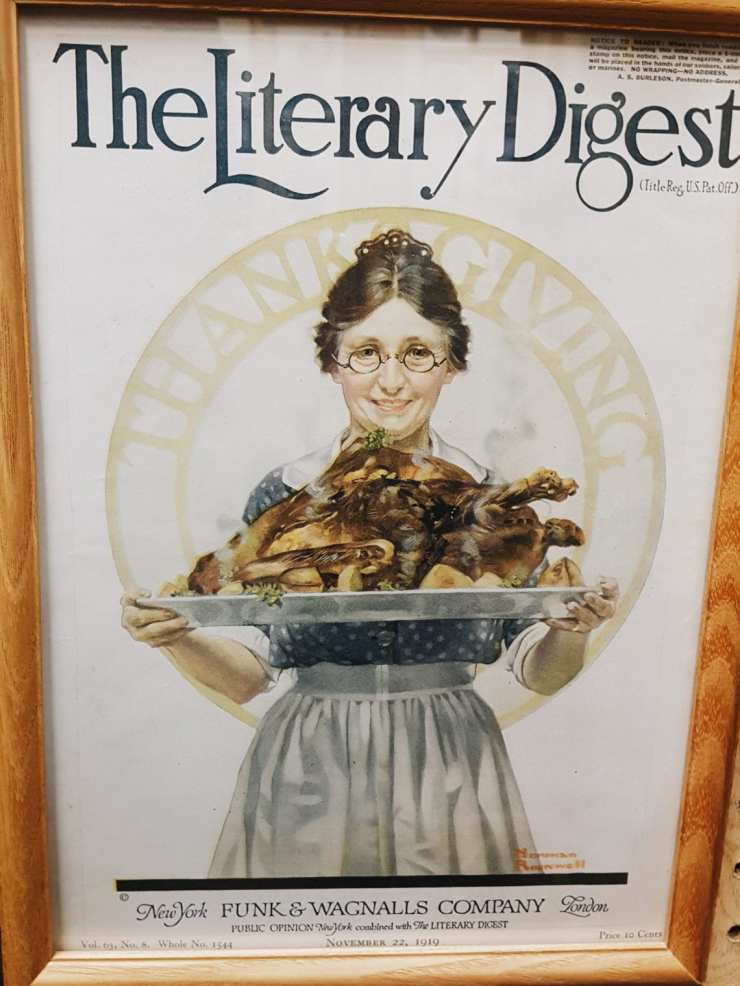 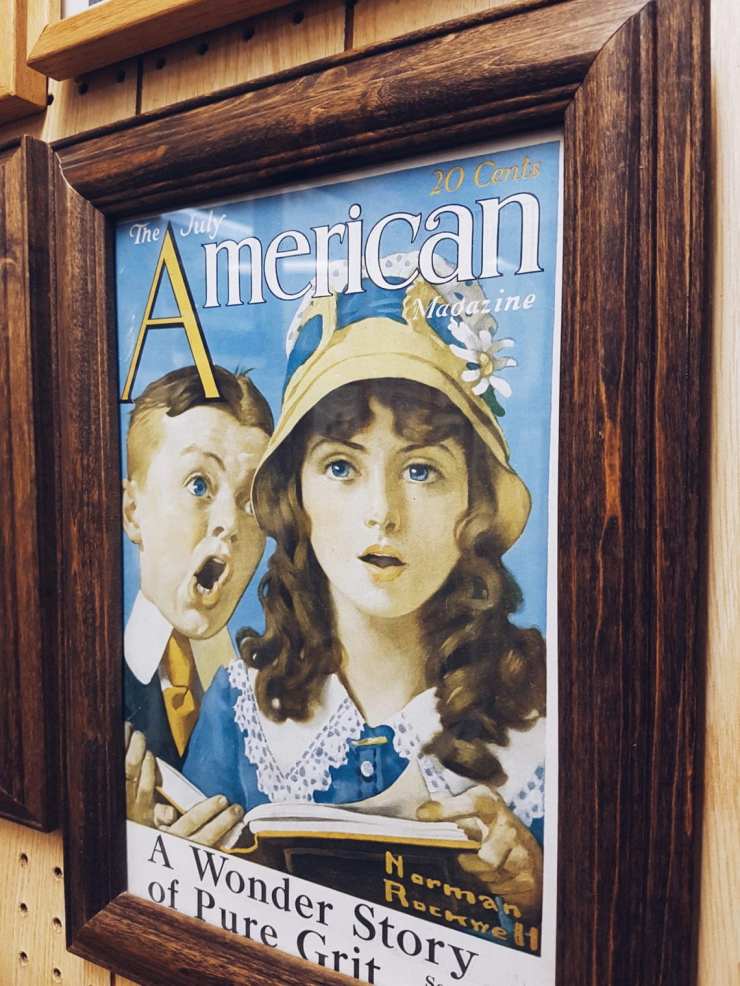 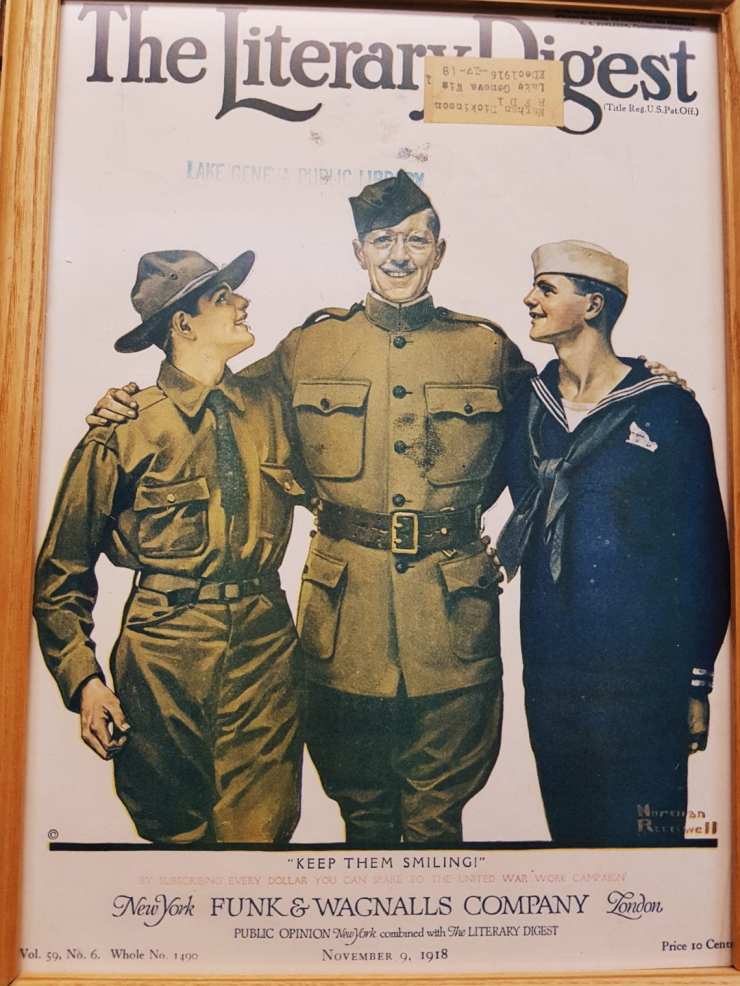 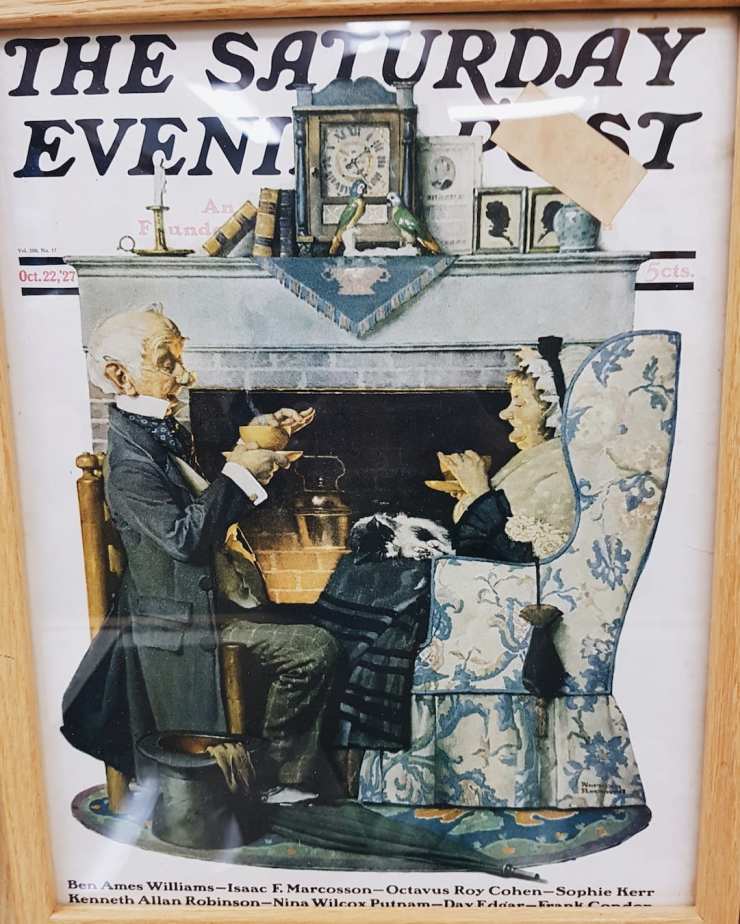 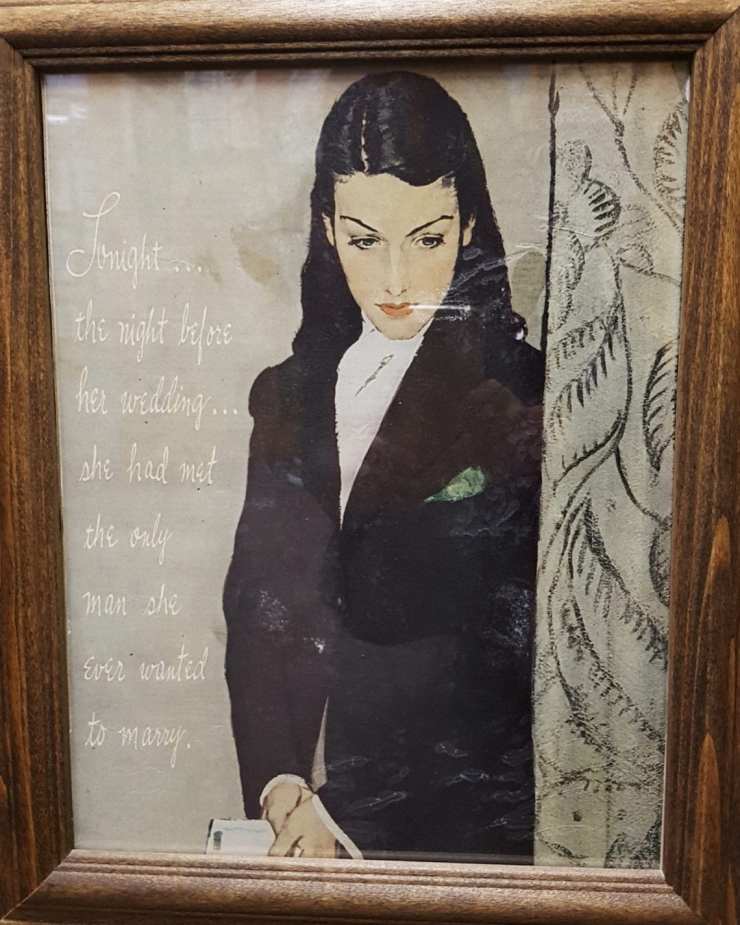 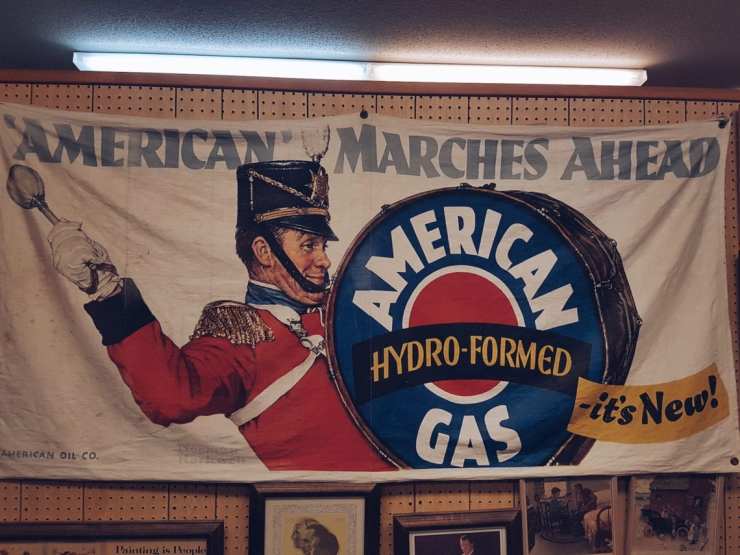 Shall this museum, a small repository of Rockwellian memories, survive the passage of time? You see it is up for sale, and on the agenda of a father and son duo from Vermont eyeing it is a dispensary doling out medical marijuana. Life is a tale told by an idiot and you know the bard is never wrong.