The road from Copenhagen to Malmö is charmed. In just a matter of 186 Swedish Krona (20 Euros) and 40 minutes, we were in another country, and more importantly we were on the Øresund Bridge, synonymous with the Scandinavian crime show, The Broen (The Bridge). There was heightened anticipation thrown into the mix though it is a matter of some relief that you are not stopped by the discovery of a body, cut in half, lying on the bridge (here I refer to The Broen, so calm down and keep your hair on). The bridge is impressive on its own without the need for added drama for it is the longest road-and-rail bridge in Europe linking up the cities of Copenhagen in Denmark and Malmö in Sweden that lie on either side of the Øresund strait.

The bus was stopped at the Swedish toll booth by Swedish cops for on-the-spot checks, a young German Shepherd in their tow who sniffed his way most judiciously around the various bags stowed into the luggage compartment and the passengers. The idea is to ferret out drugs – we were travelling from Copenhagen, home to that druggie-hippie haven called Christiania . The skyline of Malmö, Sweden’s third largest city, was marked by The Turning Torso, a building that looks like it has been twisted along its length quite thoroughly, and the brainchild of the famed Spanish architect, Santiago Calatrava. I had seen his work previously in Venice in the form of a stone and glass bridge, and later The Oculus in Manhattan. The man knows how to boggle the mind.

For some perspective, Malmö is a formerly fortified Hanseatic port that traces its roots to the year 1272. Yet my three points of joy in the old town square had nothing to do with its history.

The first was a shoe shop, the signage of which read Crockett and Jones. What? Shoes from Northampton in Malmö? There we were in the shop staring lustily at these beautiful shoes crafted in leather, the finest stitches in place (with prices to match), from a brand that was started by two heavily moustachioed men — a certain Charles Jones had got together with his brother-in-law James Crockett “to encourage young men of good character in the towns of Northampton and Coventry to set up business on their own”.  The tall Swede inside the shop held up a pair and said: “They come from Northampton, an English town known for its shoes.”

That is travelling in a nutshell for you. You never know what lies around the corner.

The second instalment of my thrills was in acquiring a box of Summerbird chocolates. A Scandinavian chocolatier brand pompously priced but hey when a piece of chocolate is made from Trinitario cocoa beans, it wins all arguments. There are three noble species of cocoa beans – the rare Criollo, the common Forastero, and then Trinitario, which is a hybrid of Criollo and Forastero and a blend that brings together the best of both beans.

Now, it is important that you picture a blustery, frigid day when we walked across the three squares in the city. You would then be able to imagine the indescribable pleasure that surged through us as we clapped eyes upon the most wonderful coffee shops I have ever seen. Their warm interiors called out to me, “come, child come”. The coffee shops in Sweden are a coffee lover’s dream. Warm wooden interiors, white walls for contrast, books stacked by the dozen into shelves, antique yellow lighting. It builds up a snug atmosphere where to give in to the Swedish coffee culture of fika — a break that demands a cup of coffee and a slice of cake — becomes a must.

There’s a self-respecting strain of passion for coffee in the country. For one, their historical customs records bear testimony to the fact that the first batch of coffee was shipped into the country in 1685. But it was King Karl XII who sparked the trend of drinking coffee in the 18th century when he returned to Sweden from Turkey with a Turkish coffee kettle. Coffee in those days however was an expensive drink but who could stop the bon ton when there was a statement to be made. I wonder what Karl XII would have made of these coffee shops. Would he have given up all thoughts of conquering far flung countries and just given into slices of chunky cake and a cuppa?

Stepping out of our coffee haven, we spotted the equestrian bronze statue of King Karl X in the middle of Stortorget, Malmö’s Big Square. He was Karl XII’s grandfather and an illustrious figure in his own right who had wrested the city’s freedom from Denmark. A city that is marked today by the contrast between its present through futuristic buildings and the old through structures of great beauty such as the castle, a commandant’s house and the Rådhus, its 16th-century City Hall that is featured in the lead photo of this post. Later, we headed into its 19th century railway station, refugees crammed into its every nook and corner, waiting to take the train to Lund. 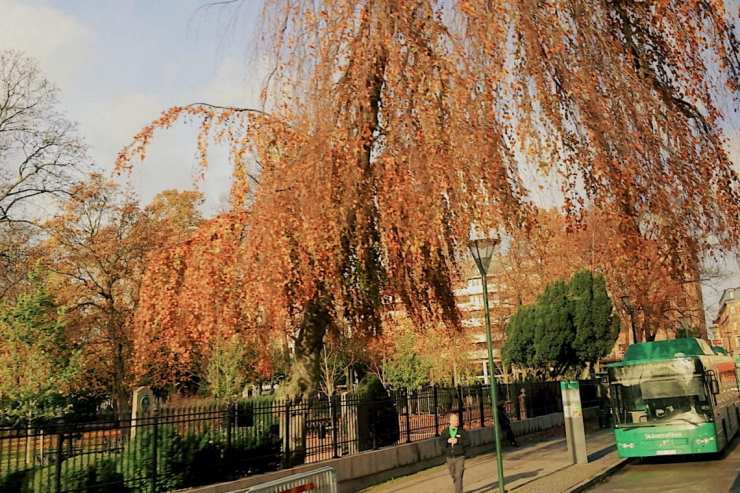 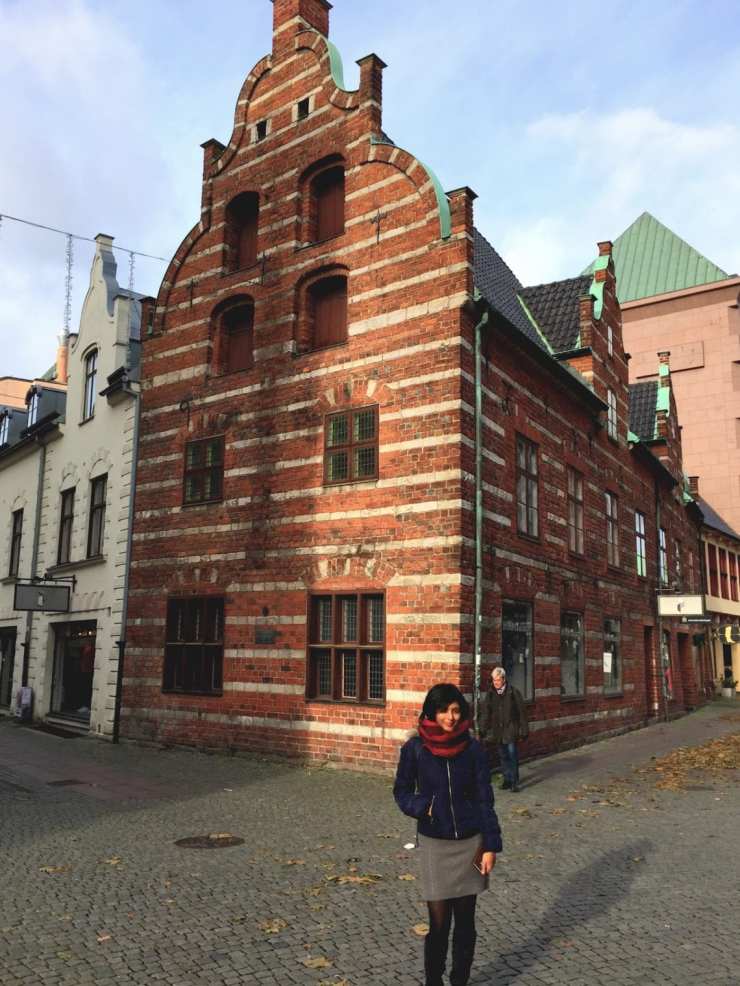 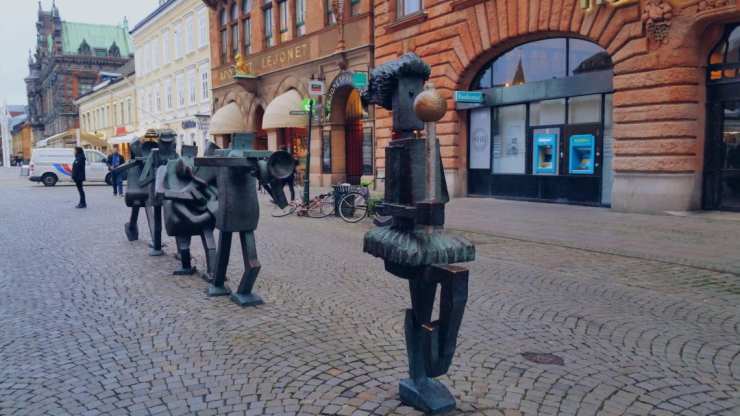 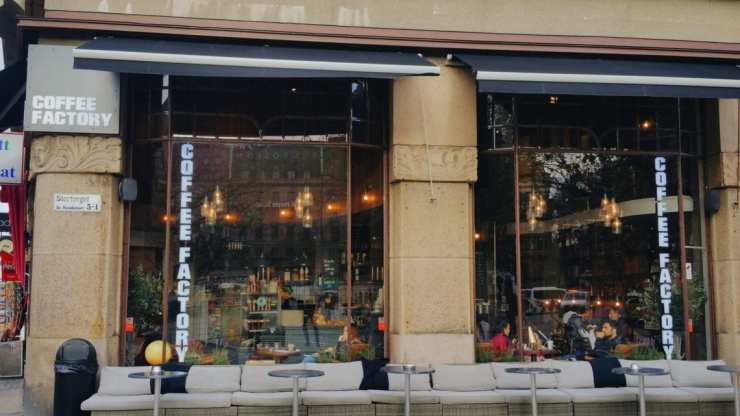 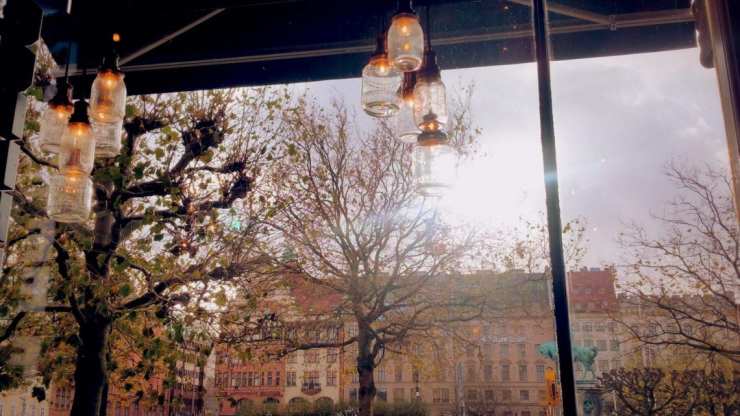 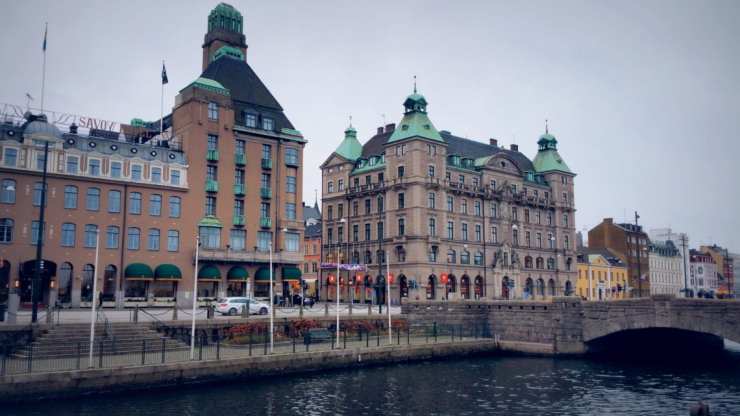